Time to go fully under the hood! Like for my second Beomaster 8000 I replaced the four main 10000uF capacitors with the 105C ECES1JA103EZ Panasonic type, which have almost the same size. Here is a shot comparing old with new (one of the new ones is already wrapped with some cardboard to compensate for the slightly smaller diameter...): 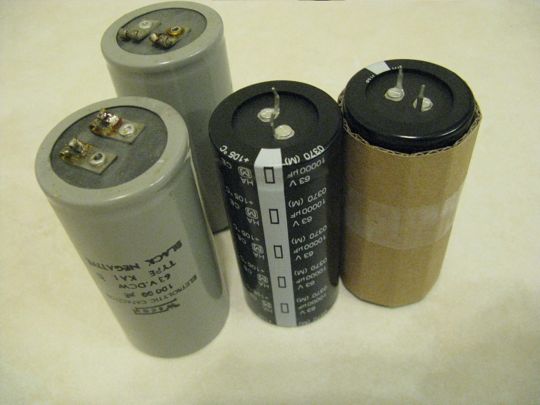 I measured the ESR of the old ones. These were in pretty good shape with all four measuring only 0.08-0.09 Ohm (pretty much identical to the new ones).
Here some pictures taken during the installation.
After taking the right heat sink off: 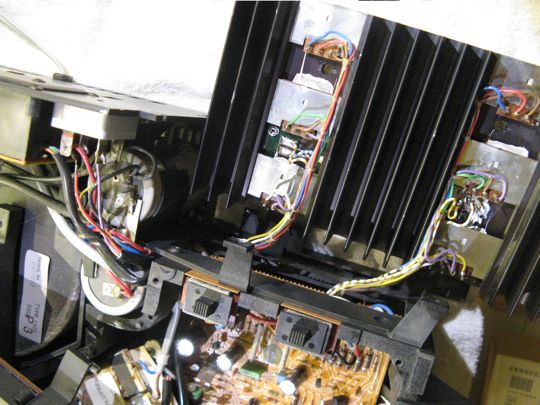 This time I changed my routine a bit. For easier access on the right side, I also unbolted the right bridge rectifier. This made it easier to get to the solder tabs of the caps. Last time I ended up ripping off a wire from the rectifier when removing the back cap.  This picture shows the rectifier dangling and the cap below already unsoldered. 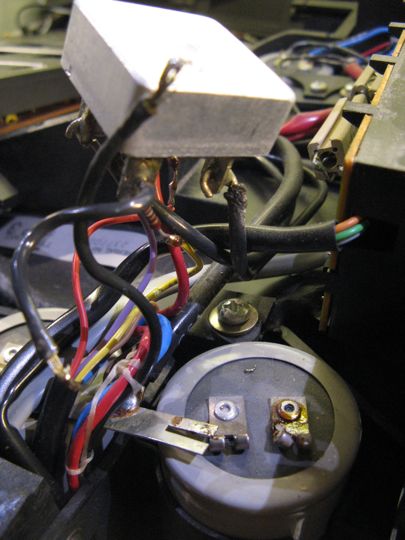 Unfortunately, it seems almost impossible to get large caps with big solder tabs. The new ones have much smaller tabs. Here a picture showing the smaller tabs bent to clamp the wires in place before soldering: 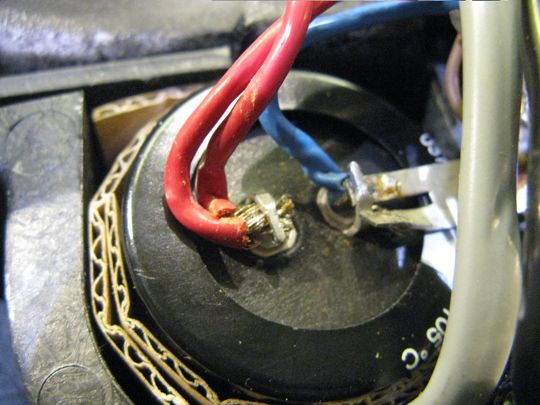 This picture shows the caps on the left side fully installed: 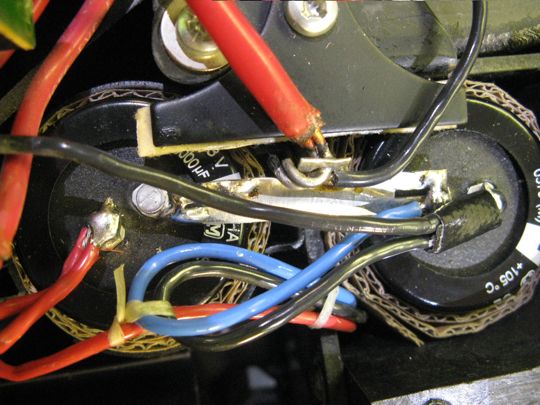