Today, I did the vinyl panel of the right Beovox 4500 speaker. Experience matters. Yersterday, I did not dry the panel after each step before inspection. This resulted in some missed scratches that consequently were not polished out in subsequent steps. Today I made sure to dry the panel with a soft cloth after each step and then give it a thorough inspection. This resulted in a more consistent polish. Here are some detail pictures before and after each polishing step. One can clearly see the alternation between horizontal and vertical patterns until the 4000 grit Micro-Mesh, after which a uniform shine develops.

1) Damage detail (these scratches were easily felt with a finger tip): 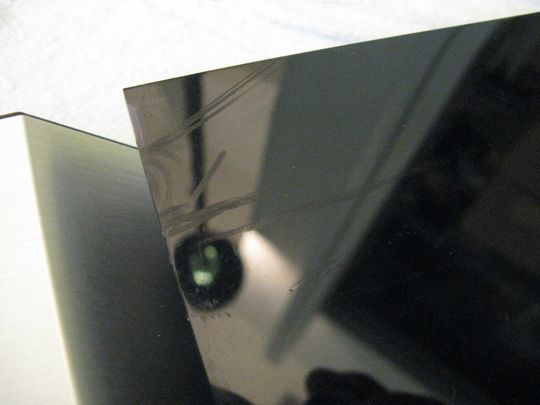 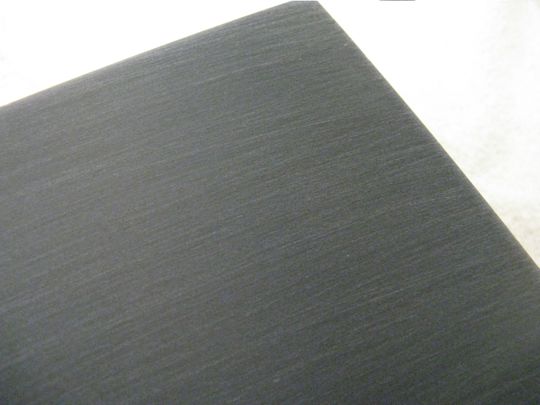 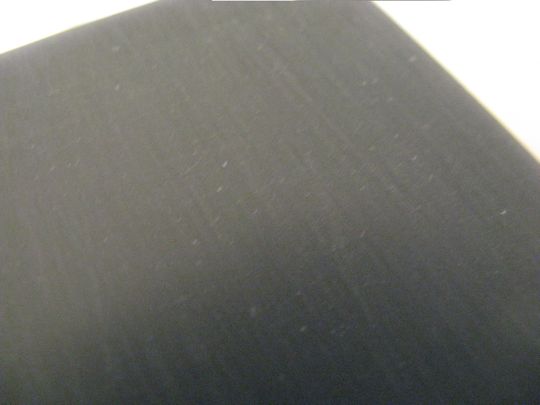 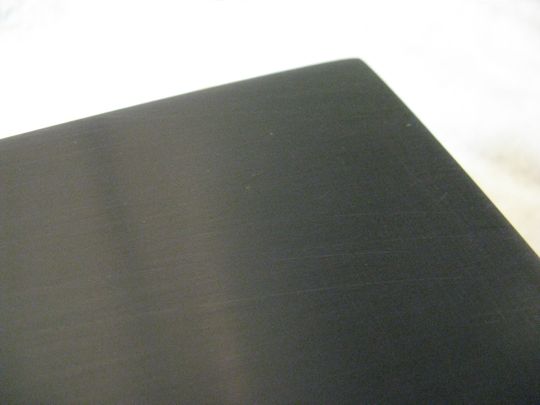 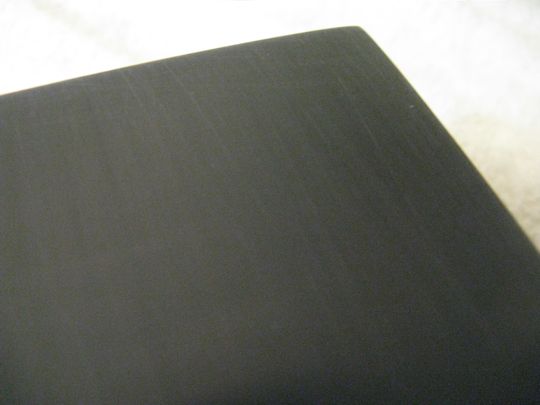 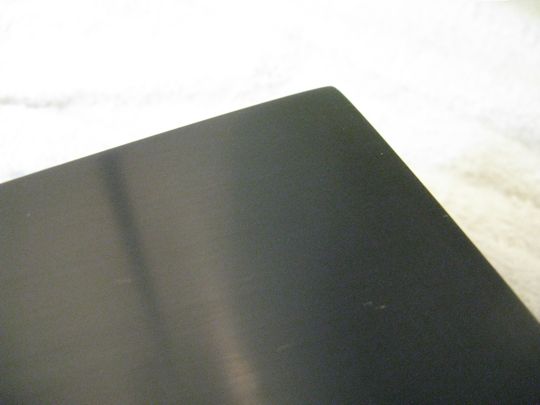 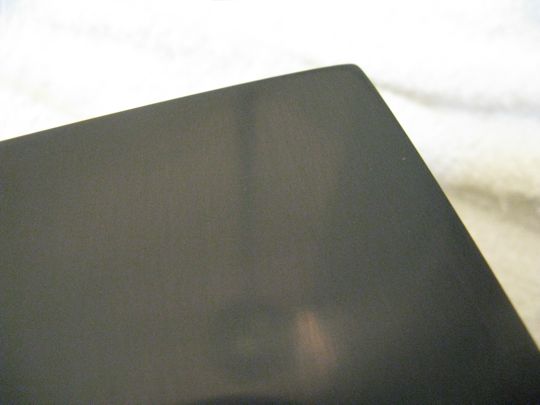 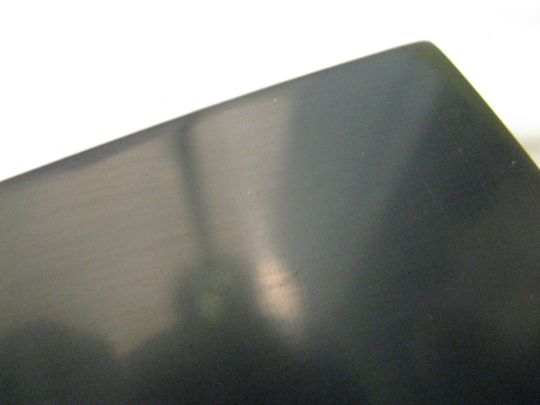 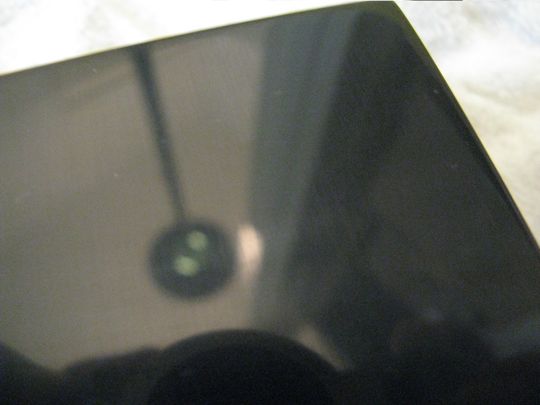 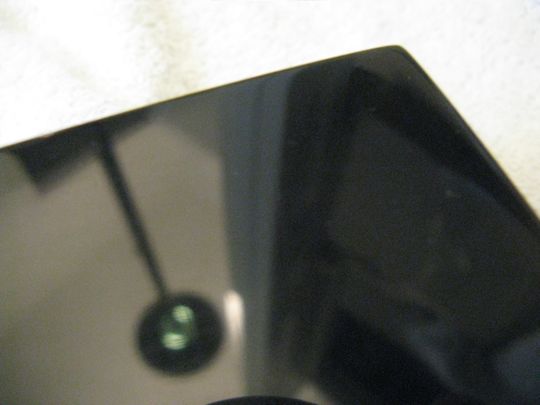 After this I thought I were done, but unfortunately I had to discover that the transformer in one of the amplifiers sheared off its mounts...this probably happened during transport. The fairly heavy transformers are only held in place with four fairly small screws bolted into thin extruded plastic tubes attached to the amplifier housing...another example for B&O's sometimes weak internal designs...let's see what some superglue can do (luckily the broken off parts were all present...).