In completing this Beogram 8000 project I had a few loose ends to take care of as I reassembled the turntable components in the Beogram cabinet.

The following three photos show the Beogram 8000 floating chassis and circuit boards reinstalled in the cabinet. 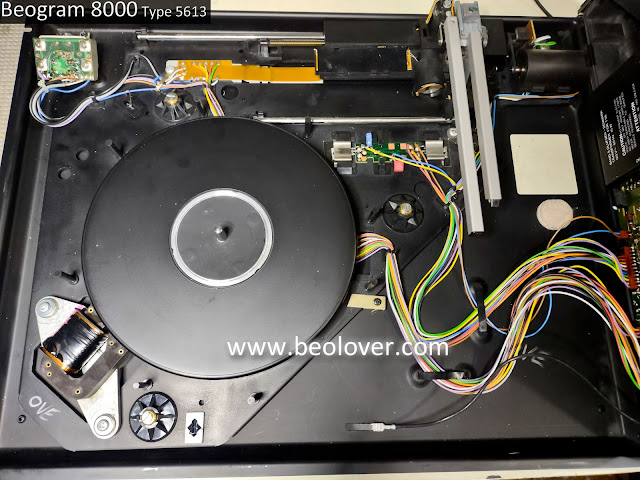 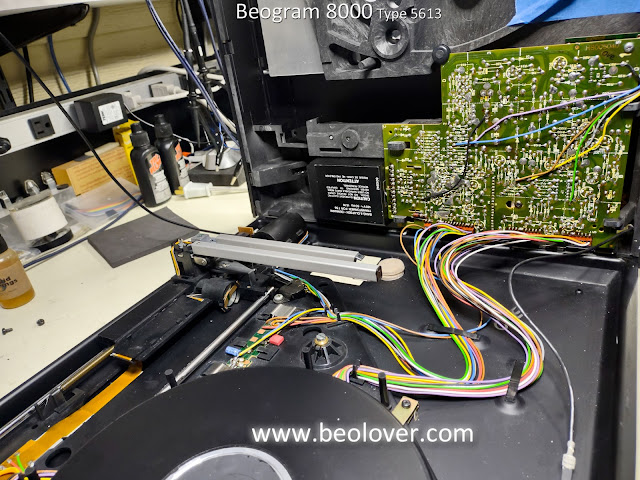 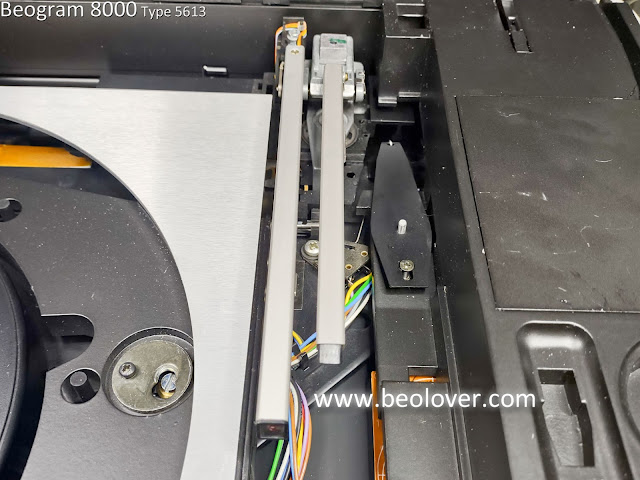 I decided that I should add a little insurance to this Beogram 8000 and replace the sensor lamp in the fixed arm.  That is the sensor that detects a record on the platter.

The old sensor lamp was still functioning but I had no idea if it was still the original lamp or a replacement.  Changing the fixed arm sensor lamp is similar to a Beogram 4002/4004 fixed arm but is more difficult due to additional components in the arm assembly.

Replacing the sensor lamp with a brand new one will ensure this Beogram won't have to be returned for that task in the future.

The following three photos show the new sensor lamp installed in the fixed arm and my checking of the fixed arm sensor when it is reading an empty platter. 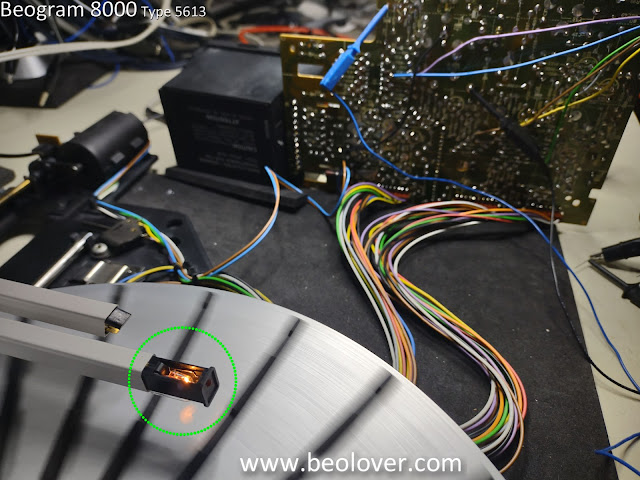 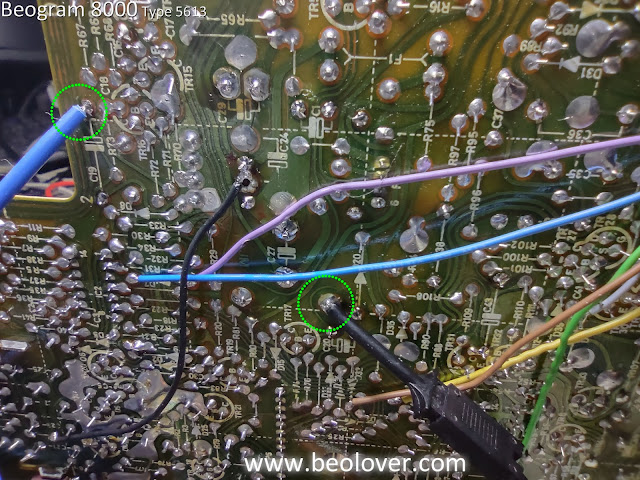 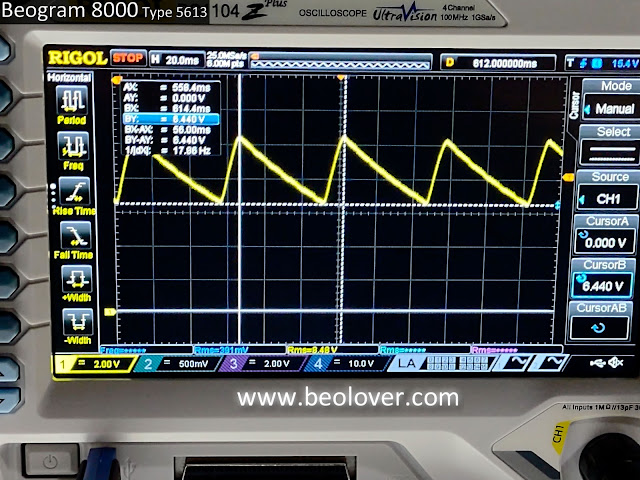 As you can see, the fixed arm sensor signal is just as expected per the service manual.  A very healthy signal.

Next, I had to add new damping grease to the damper assembly of the metal lid over the tonearm compartment.

The old damping grease was non-existent.  For the replacement grease I used some Nyogel 767A.
It is very close to the original Kilopoise damping grease and performs well. 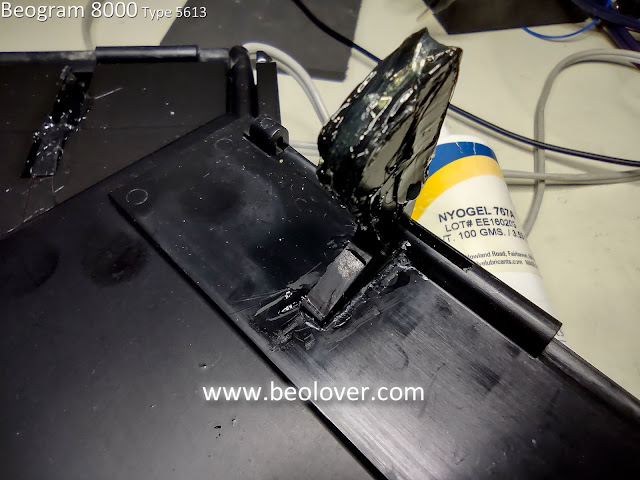 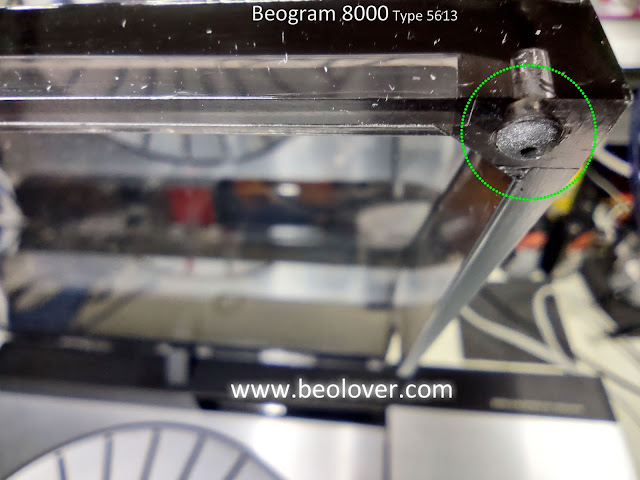 That completes this project and the Beogram 8000 is currently in one of my listening rooms awaiting shipment home. 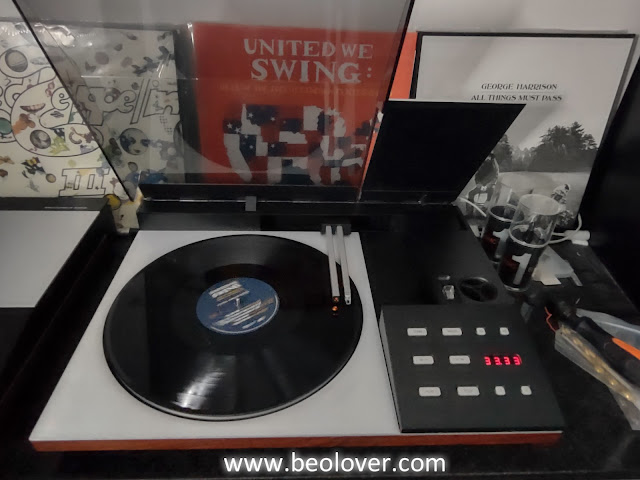 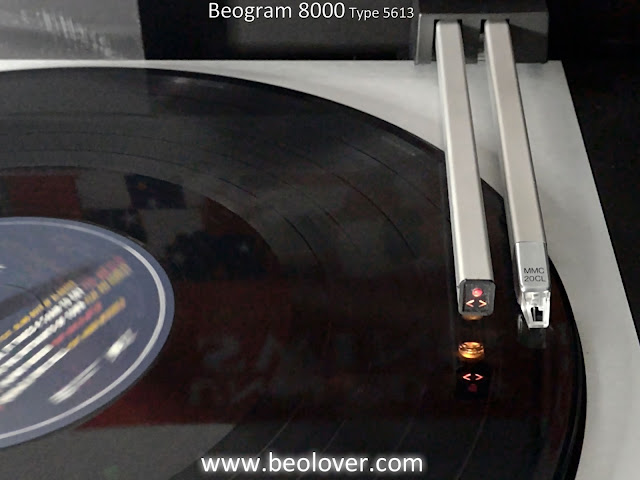 Posted by sonavoraudio at 8:05 PM