I finished the service manual checks and adjustments on this Beogram 8000 turntable.
The power supply voltages look good. The forward/reverse scanning LDR adjustments are set.
Tracking force is calibrated as well as the record tracking sensitivity.

A quick workshop test play of a record shows that the Beogram is ready for some record play listening tests so I will install the components back into the Beogram cabinet and enjoy some records.

Here are the supply voltage checks at the filter capacitors and at the output of the regulators.
From left to right are +15 VDC, -15 VDC and +5 VDC.

In this photo I show using my little three pin test connector for adjusting the forward and reverse scanning sensors (LDR devices).  I like to set the idle voltages for these around 650 mVdc. 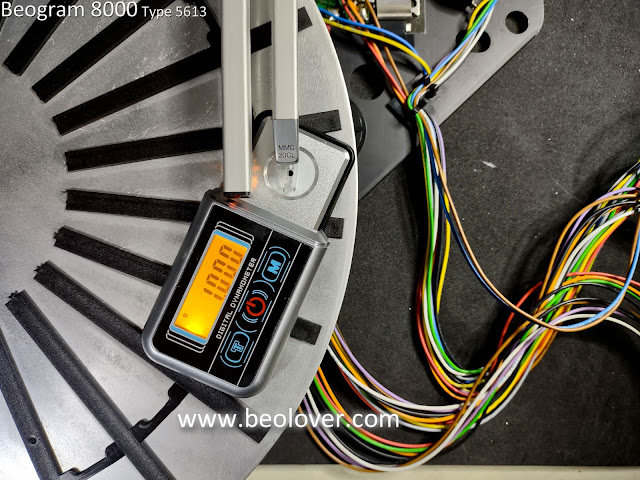 The final adjustment is for the record tracking sensitivity.  This is the adjustment where the P4 connector is disconnected from PCB 1 so the platter doesn't turn.

The procedure calls for manually turning the platter with a test record.  The stylus is dropped onto a track in the middle of the record and the tracking sensor sensitivity is adjusted so the tangential arm servo begins advancing the tonearm assembly between 1 or 2 revolutions of the platter.  After that the servo motor should advance the arm every revolution of the record. 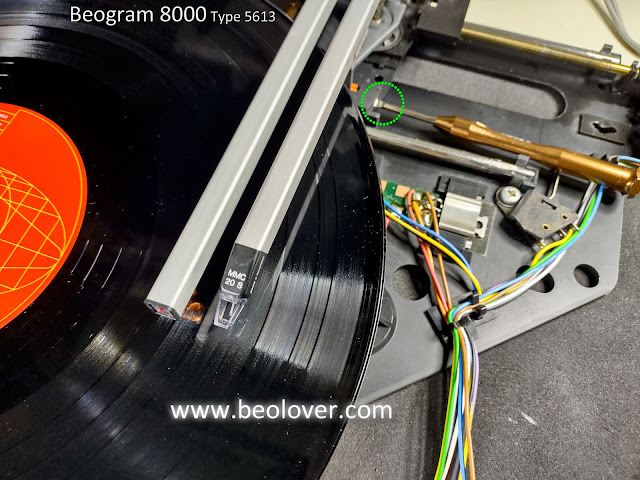 After a few iterations of the adjustment screw the sensitivity was set. 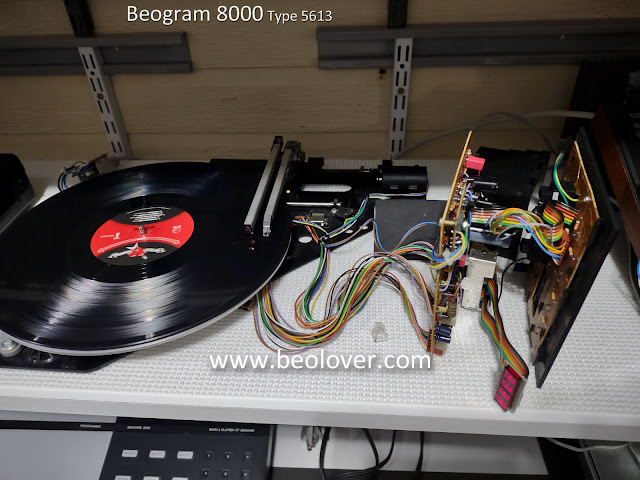 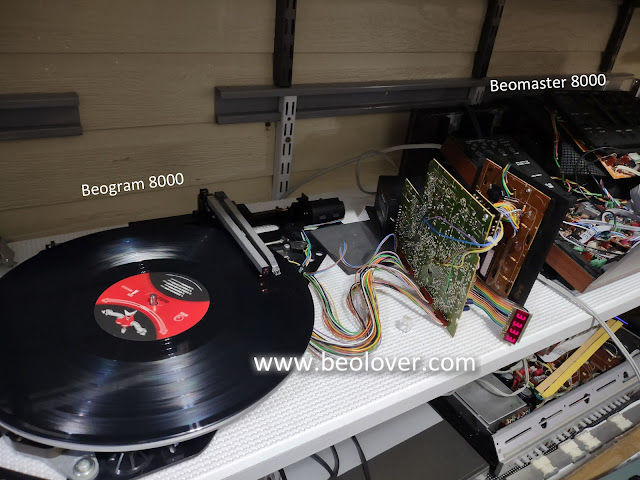 The MMC-20CL cartridge played beautifully on the Beogram.  My Beomaster 8000 is connected to a pair of Beovox S75 speakers and did their part in the record play enjoyment :-)

Note: I keep my Workshop Beomaster 8000 opened up all of the time. It is fully functional where I can use it to listen to music while I work but it is always available to perform board testing with and that is its main purpose in the shop.
Posted by sonavoraudio at 1:20 PM