Sonavor is working on four Beogram 4002 and he recently sent me their DC motors for restoration.
I did my usual restoration procedure on them: Extract the bearings and infuse them with oil. Then test the motor for RPM stability. This shows one of the motors: 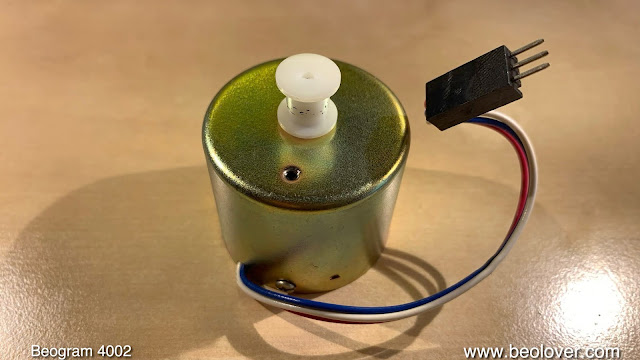 After taking it apart: 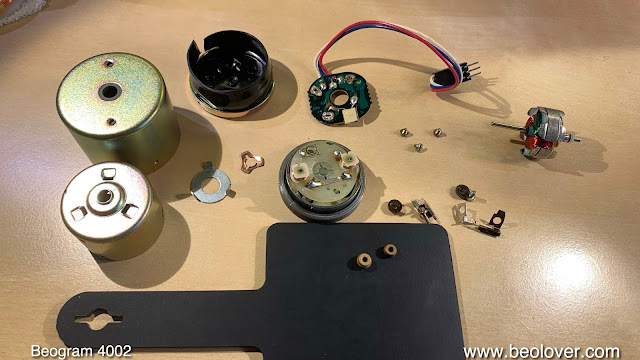 The bearings are on the black pad up front. Insertion into oil and pulling a vacuum results in air bubbles coming from the porous brass material, making room for fresh oil diffusion: 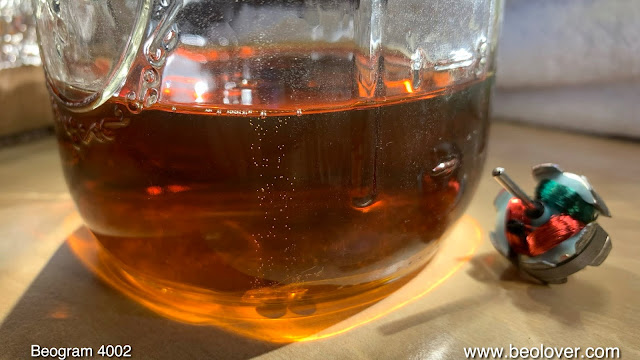 After 1-3 days the bubbling typically stops, indicating that the diffusion process has come to an end and the bearing's oil reserves are replenished. After extracting them from the oil, I usually wick excess oil away on a paper towel: 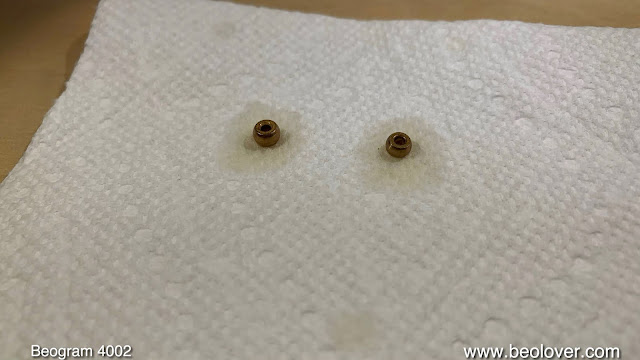 Then it is time to reassemble the motors and do a RPM stability test with the beoloverRPM device. It allows logging the RPM for extended periods of time. 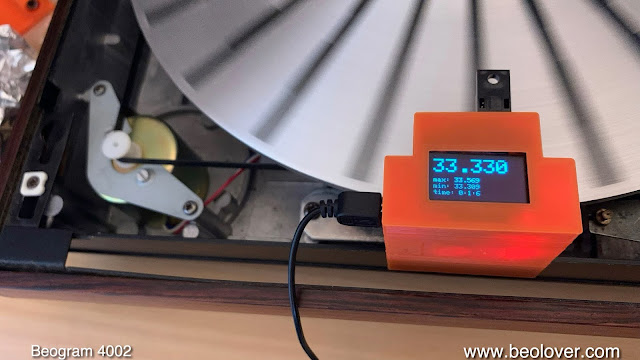 Luckily all four motors ran well after replenishing the bearings and none needed a replacement of its spark snubbers. These are the four RPM curves that I measured over about 24 hrs: 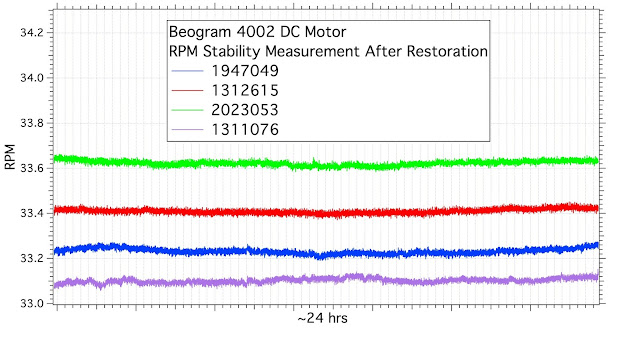 The curves are pretty similar, but there are some differences. I noted this already for a long time, that some motors seem a bit more stable than others. Of course one needs to be aware that these fluctuations are very minute and well below the audible range. But nonetheless there are differences. My hypothesis is that each motor has a certain friction profile, and this affects the analog feedback system that controls the motor speed.
Another point is that most motors, over time, seem to get better. This may have to do with the fact that their shafts 'polish' the top bearing (which holds most of the torque exerted by the platter belt) in a spot directed towards the platter center.
Since I realized that this is happening, I usually mark the bearing rotational position before I disassemble the motors, and then I try to get it in the same exact position during re-assembly, but of course this is not a 100% perfect process. So there may still be a bit of a 'burn in' process during the first few 100 hours of run time. Ah, the mysteries of analog technology!...;-)
At any rate, these motors are ready for duty again, and they can go back to Sonavor's bench.