The second source switching device is 3IC4. The original device is an AD 10/192 multiplexer and like the other switching ICs, this device is no longer available.

Here is the schematic diagram again that shows the two source switching type devices in the Beomaster 8000 preamplifier. 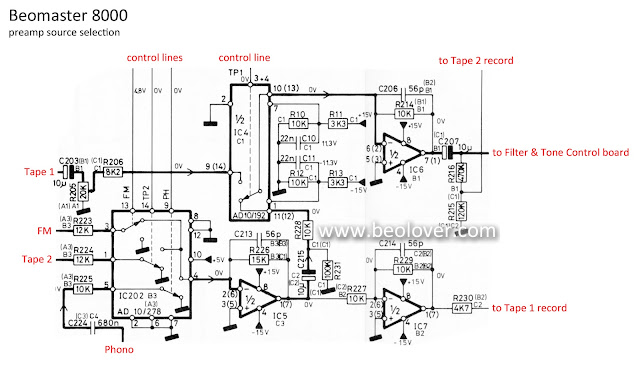 The 3IC102 and 3IC202 replacements were completed earlier. Now it is time for the 3IC4 device.
Like the the other replacement I first built a prototype and tested it in my Beomaster 8000 workshop test unit. It worked as good as I expected so I had an adapter board made. 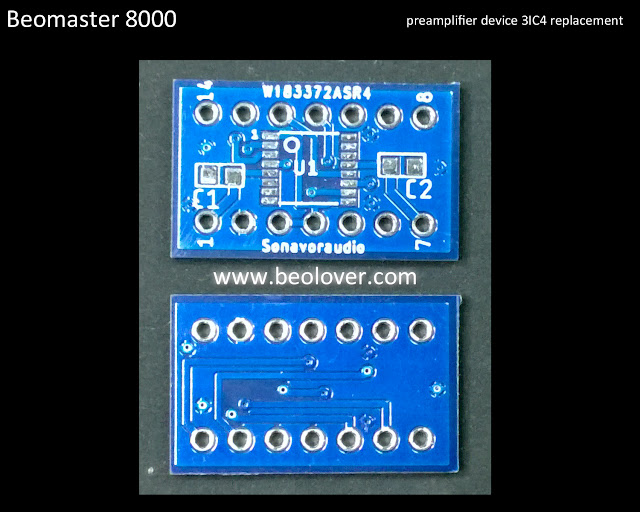 Here is the replacement switching device on the new adapter board next to my prototype. 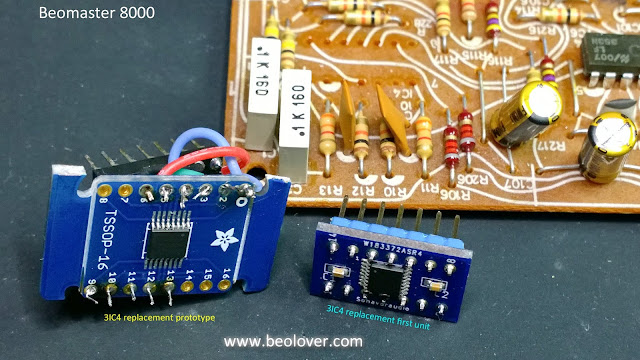 ...and here is the first replacement device unit installed in the Beomaster 8000 preamplifier. 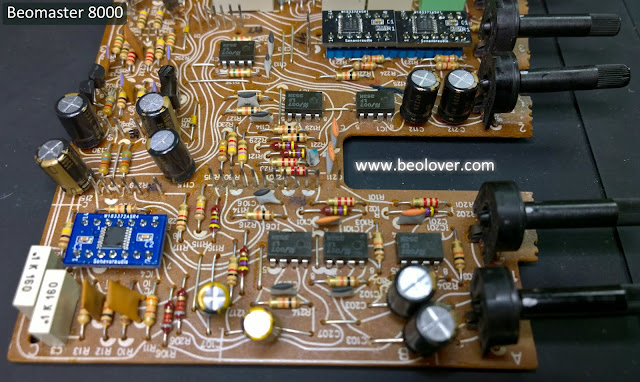 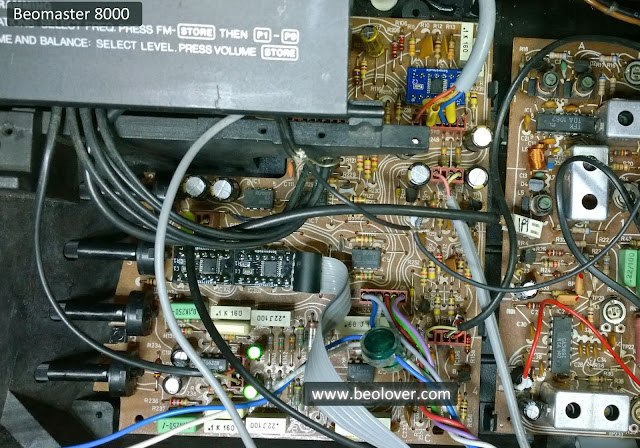 The Beomaster 8000 preamplifier works great with the source multiplexing devices replacements.
Now to the fun listening test phase.
Posted by sonavoraudio at 7:00 AM