One of my first projects utilizing my new, dedicated workshop Beomaster 8000 unit is to test out a replacement device I created for the BM8000 preamplifier board's input source switching ICs - IC102 and IC202. They are the no-longer-available AD 10/278 multiplexer device.

Here is the circuit diagram of the Beomaster 8000 preamplifier source select switching. 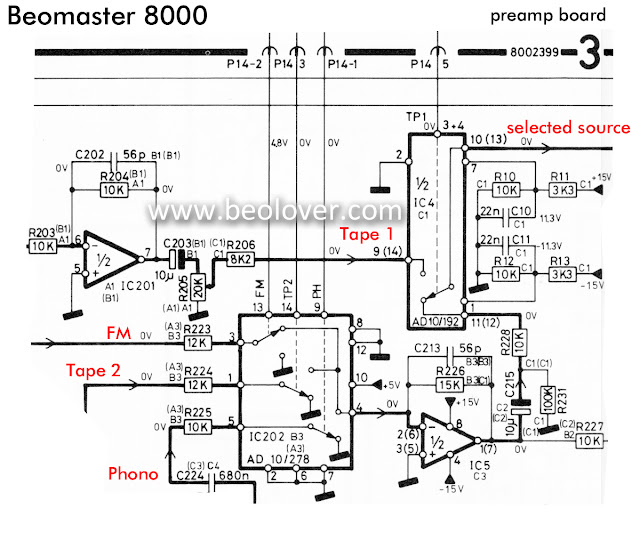 As you can see there are actually two types of analog switch devices. 3IC102 and 3IC202 are AD 10/278 devices for selecting between FM, Phono and Tape 2 left and right channel sources. 3IC4 is an AD 10/192 device that selects between Tape 1 or whichever source is selected with 3IC102 and 3IC202. Selection control of course comes from the Beomaster 8000 Microcomputer board (via 3P14).

Once in a while AD 10/192 devices can be found for sale but I have never been able to find NOS AD 10/278 ICs. Concerned that a failed AD 10/278 can bring an entire Beomaster 8000 restoration project to a grinding halt I decided to look into making a modern replacement. I was also motivated by reports from some Beomaster 8000 owners who complained about crosstalk between the FM source and Phono source. I felt that if that were to occur it would most likely be due to a problem with the 3IC102 and 3IC202 analog switch. However, I must confess, after quite a number of Beomaster 8000 restorations I have yet to experience any crosstalk problems between input sources myself. Still...another reason to create a replacement device.

To follow Beolover's lead in creating replacement parts for the various Bang & Olufsen restorations we have done, a key goal is that the new part be a direct plug and play replacement. No modifications to the Bang & Olufsen component to use it. So in the case of the AD 10/278 replacement I needed a design that would result in the old 3IC102 and/or 3IC202 desoldered for removal...and the replacement inserted and soldered into place.

I believe I have accomplished that with a custom adapter board and a modern three channel SMD multiplexer device designed for audio switching.

I started with a prototype using the replacement device in a standard DIP package layout and a breadboard circuit where I could test inputting test signals and selecting channels just like the Beomaster 8000. Once I had that perfected I sent my design off to have my adapter boards made. 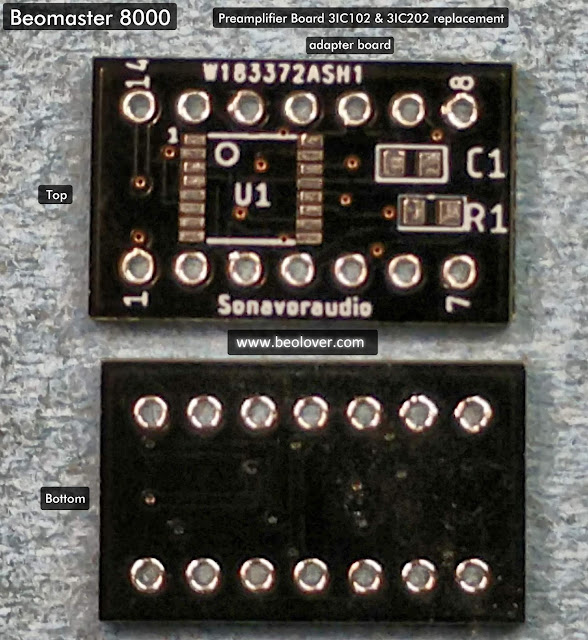 Here is my breadboard tester for the AD 10/278 with the various test devices. 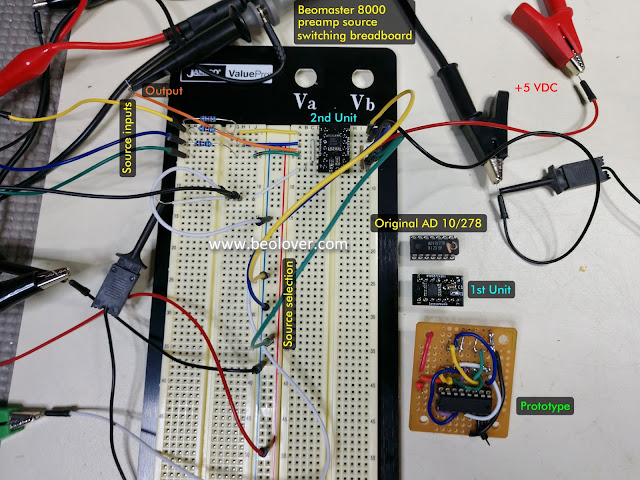 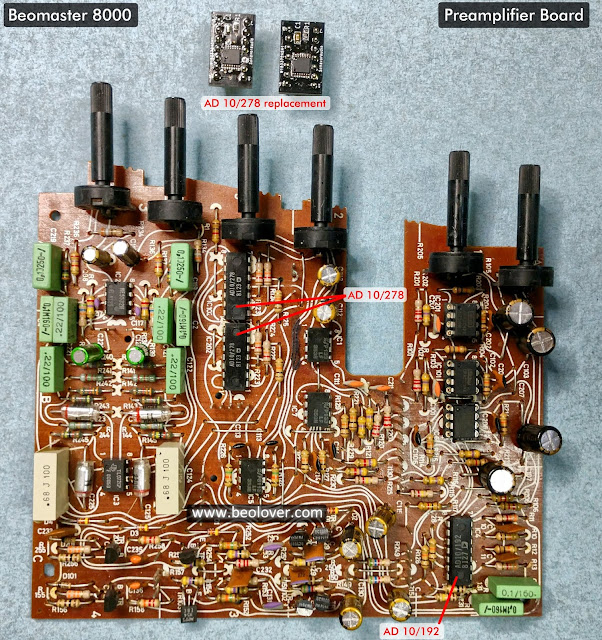 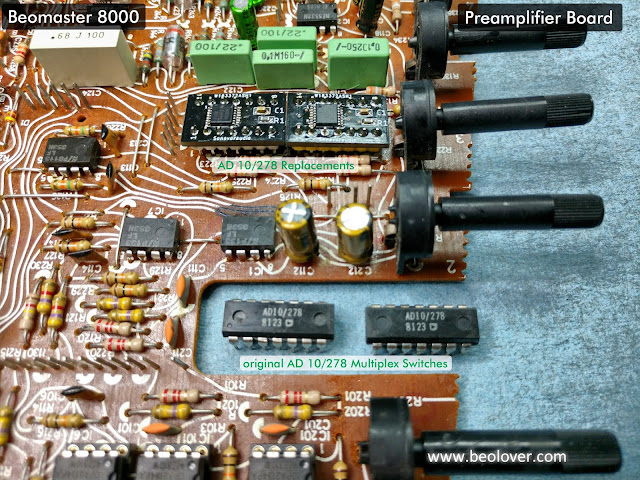 Then the preamp board into my Beomaster workshop unit. 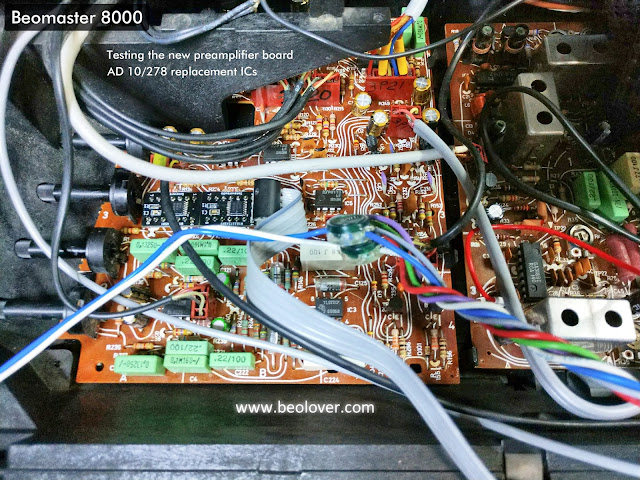 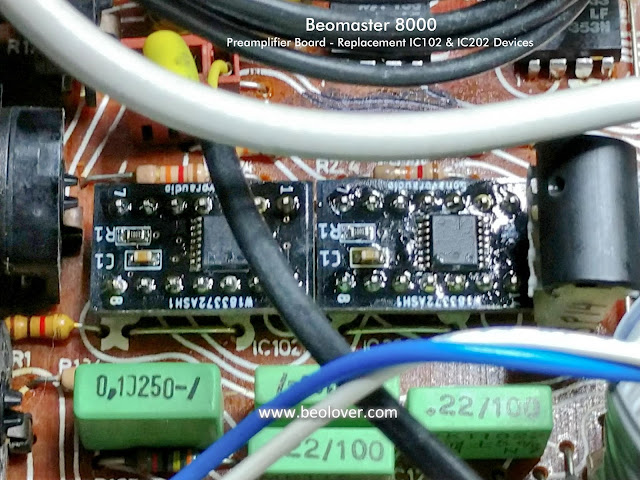 The results are as good as I expected. The source selection works just as it should and I cannot hear any crosstalk between selected sources.

I need to run some additional testing of course but I am thrilled with these initial results.
Posted by sonavoraudio at 10:18 PM