Beogram 8000: Recapping The Main Board and Microcomputer Board

The next step in the Beogram 8000 project I am working on is replacing the electrolytic capacitors on the main board and its daughter boards. 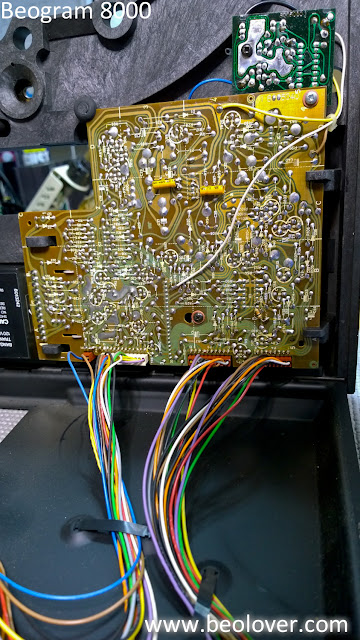 Here are the boards mounting in the Beogram chassis.

Here they are removed. I opened the lid to the microcomputer board and the processor integrated circuit device pulled out of its socket. The heatsink compound was a stronger bond to the device than the socket. It makes me wonder about the integrity of the original socket. Note: I was wearing my anti-static band as I always do when working on components like the processor. Those devices cannot be easily found so I don't take any chances. 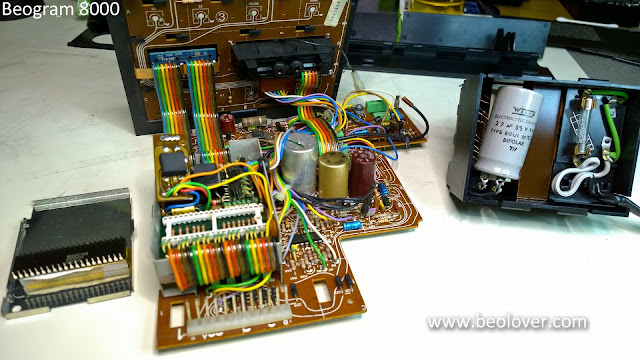 There are a couple of 1uF electrolytic capacitors on the trace side that will be replaced as well. 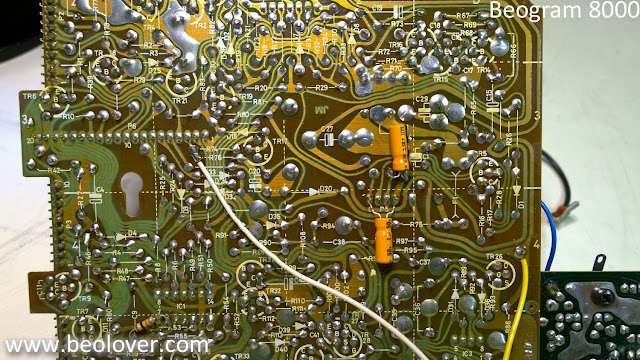 The Beogram 8000 main board has a couple of daughter boards attached that have a total of three electrolytic capacitors that get replaced. 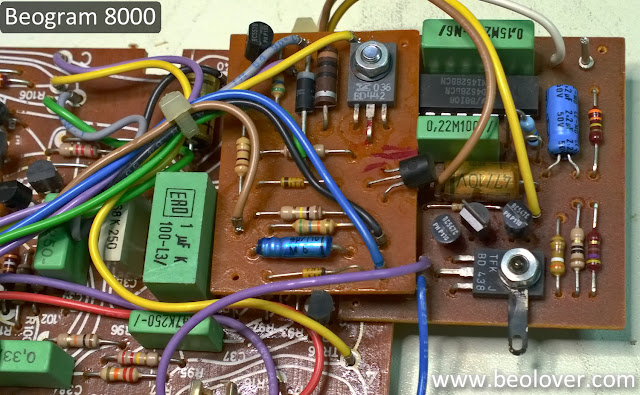 The main board recap is pretty straight forward. However, the large silver 2200uF capacitor has a three prong board mount that is the negative lead. I haven't found a replacement with that same mounting option so I always remove the original mounting ring and use it on the replacement capacitor. 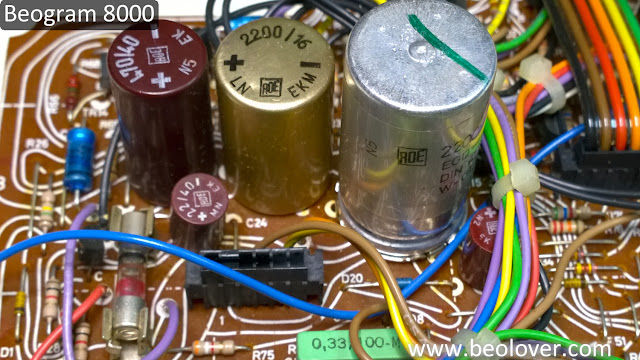 Here is the mounting ring soldered to the new capacitor. The ring can be removed with pliers. 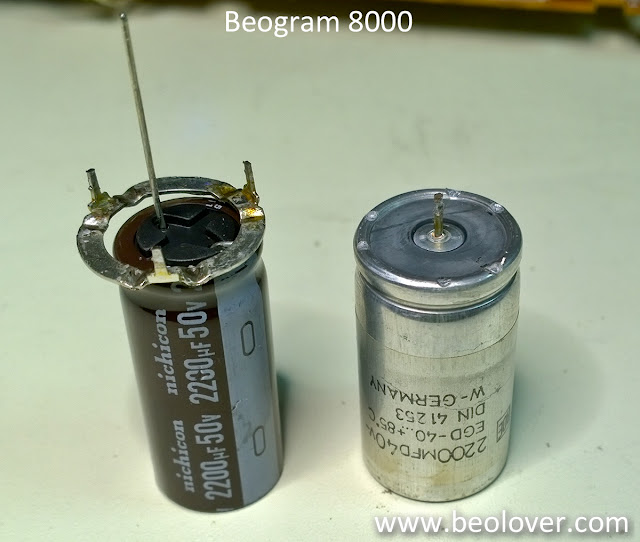 To  make sure the assembly is as secure as the original I add a bead of hot glue all around the ring. 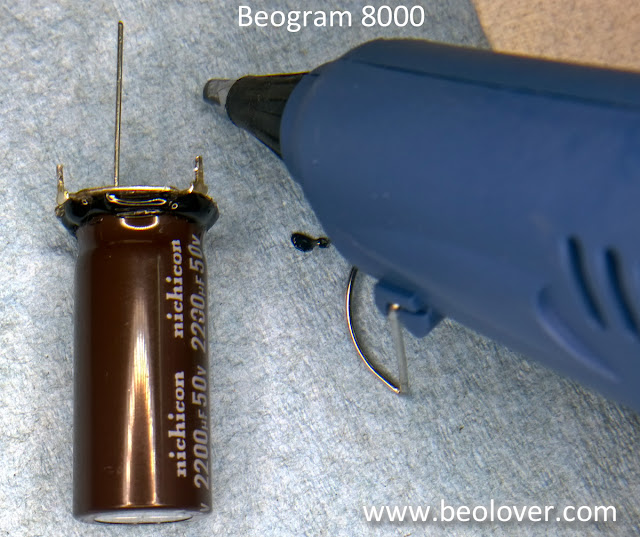 This shows the mounting points for the capacitor on the trace side. 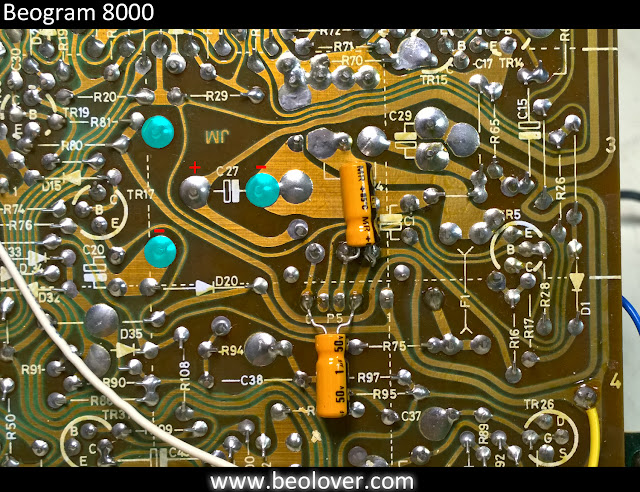 Here are the replacements for the two 1uF capacitors. 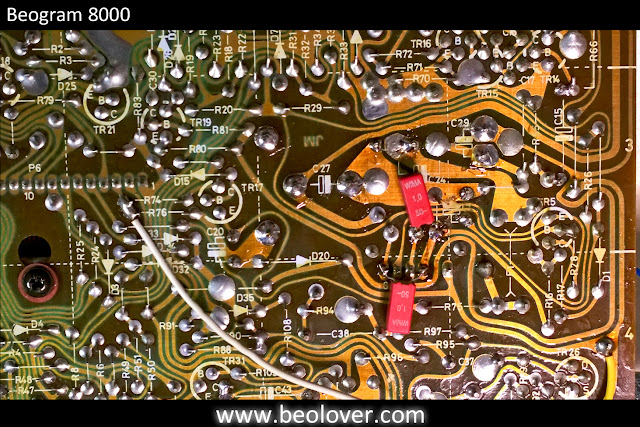 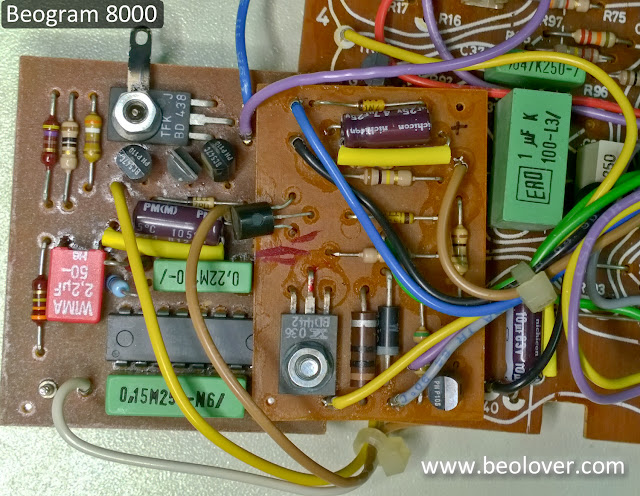 The rest of the main board 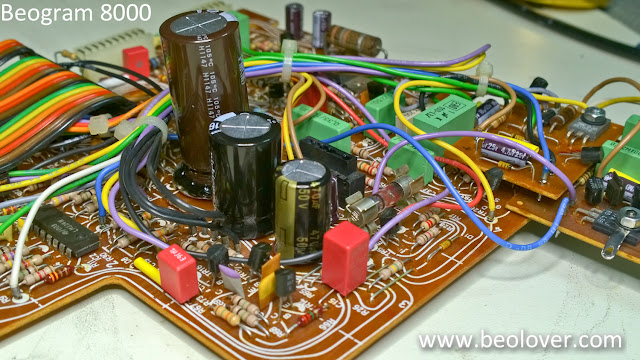 For the microcomputer board there is just one electrolytic capacitor to replace. The IC socket for the processor looks a little ragged so I am going to also replace it. 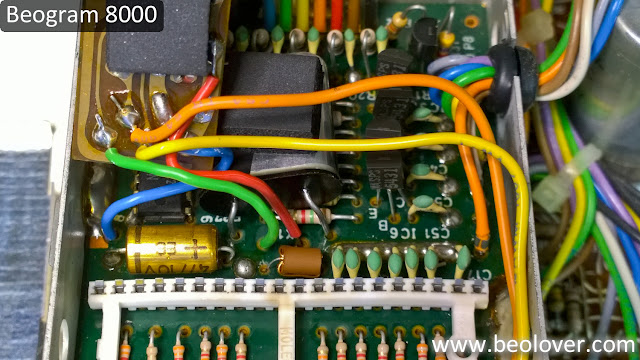 An important note about the microcomputer board 47uF capacitor that gets replaced is the negative terminal is soldered to both sides of the board. So it has to be desoldered from both sides to remove it and you must not forget to solder both sides with the the new one. 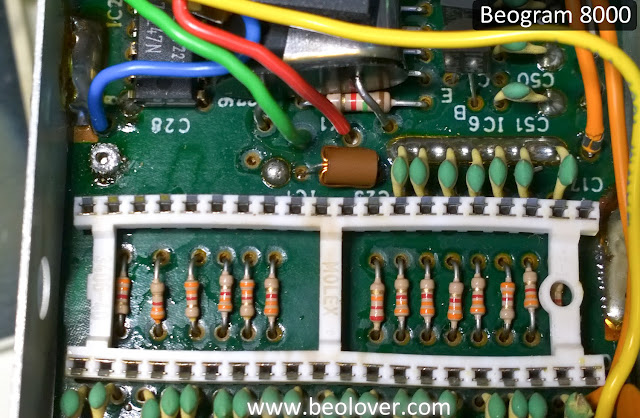 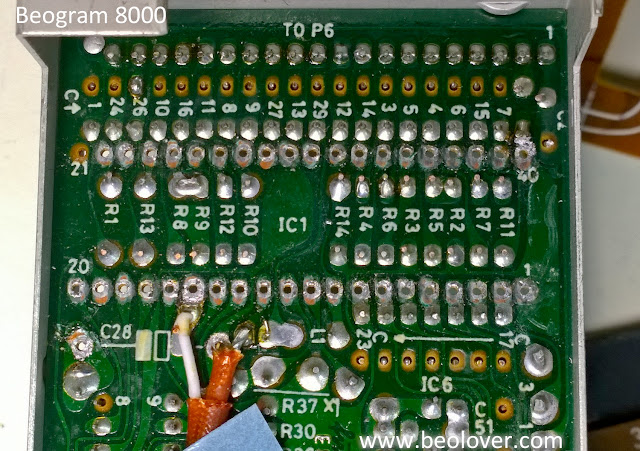 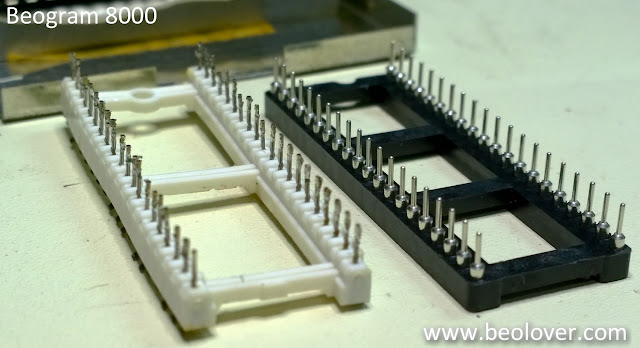 This is the finished result - New socket and C28 capacitor. 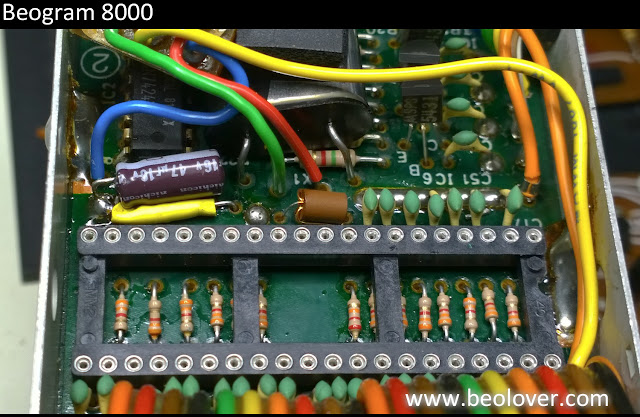 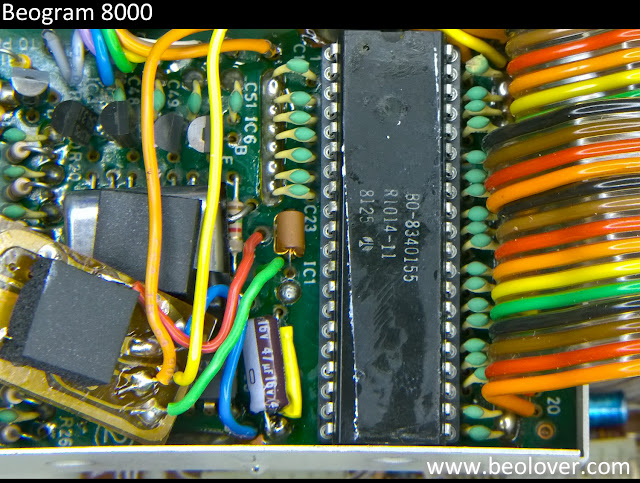 I am not going to close up the microcomputer board assembly yet until I can run an electrical check of the recapping work. There are still three capacitors to replace. Two chassis mounted capacitors and the motor capacitor inside the transformer box.
Those will be in the next post.

Posted by sonavoraudio at 12:12 PM