The Beogram 4004 (5526) that I am restoring right now came with a broken carriage position sensor, which usually manifests itself in a Beogram that switches to 45 RPM right after pressing START, followed by not finding the run-in groove but instead cruising all the way across the record until the end switch has been reached, upon which the carriage returns to start.
I recently encountered this phenomenon in a Beogram 6000, and I applied the same fix here by installing an amber LED in place of the dead IR diode. A dead diode can be identified by measuring the voltage across the diode, which should be 1.1V. If it is much larger or zero the diode is gone. The photodiode opposite the IR diode can be tested by putting a multimeter to the base of TR17 and measuring the voltage when shining a strong light source like an LED flashlight to the the photodiode. The voltage should then go to approx. 0.7V if the photodiode is working.

Anyway, in this case it was again the IR diode. This shows the position sensor board removed: 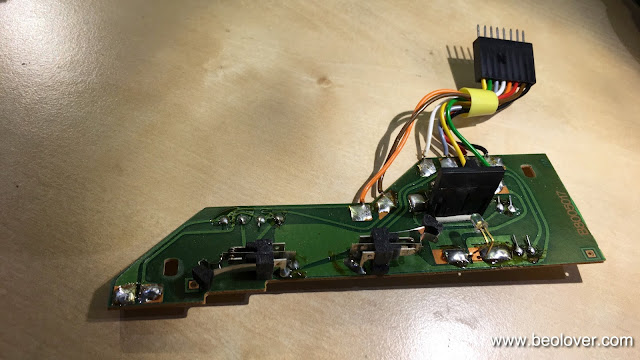 and a close-up of the IR diode and the photosensor: 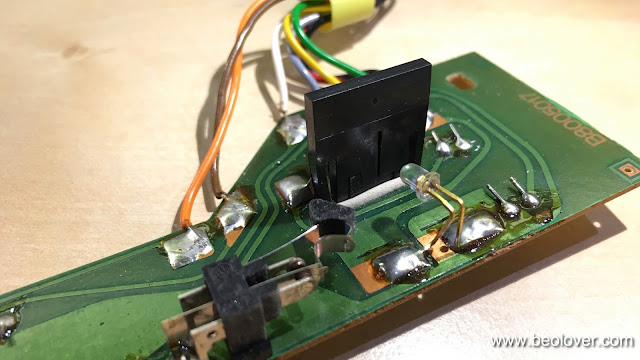 I replaced the IR diode with a standard amber LED: 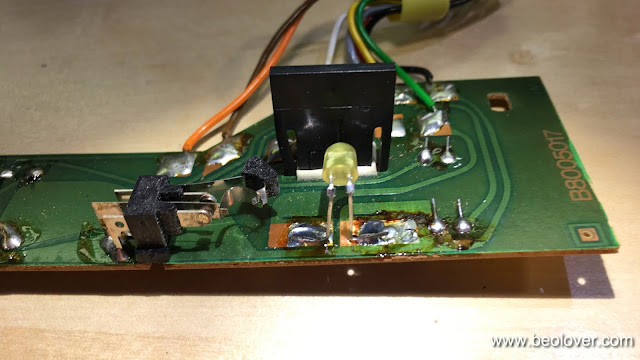 If you do this yourself, make sure the gap between the sensor and the new diode is the same as before since the plexiglass 'ruler' needs to fit in between.
This shows the diode in action: 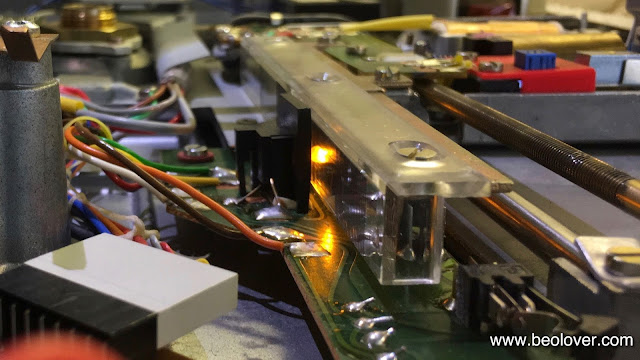 The final procedure is to adjust the intensity of the diode that there is enough light to turn on TR17. For this a multimeter needs to be connected to the base of TR17. After pressing start immediately stop the carriage by pressing > or <. Then adjust the trimmer R88 until 0.7V appear on the meter: 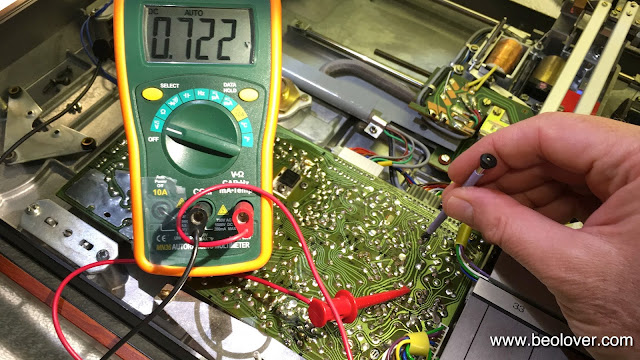 After this procedure the deck operated normally again.