Finally I received the package from Martin/Dillen of Beoworld (thank you!!) containing light bulbs and speaker jacks for my Beomaster 6000 4-Channel. The speaker jacks for the front channels were unfortunately broken out, i.e. I was so far not able to test the front channels for fear of creating short circuits etc.... Here is a pic of the broken out jacks before replacement: 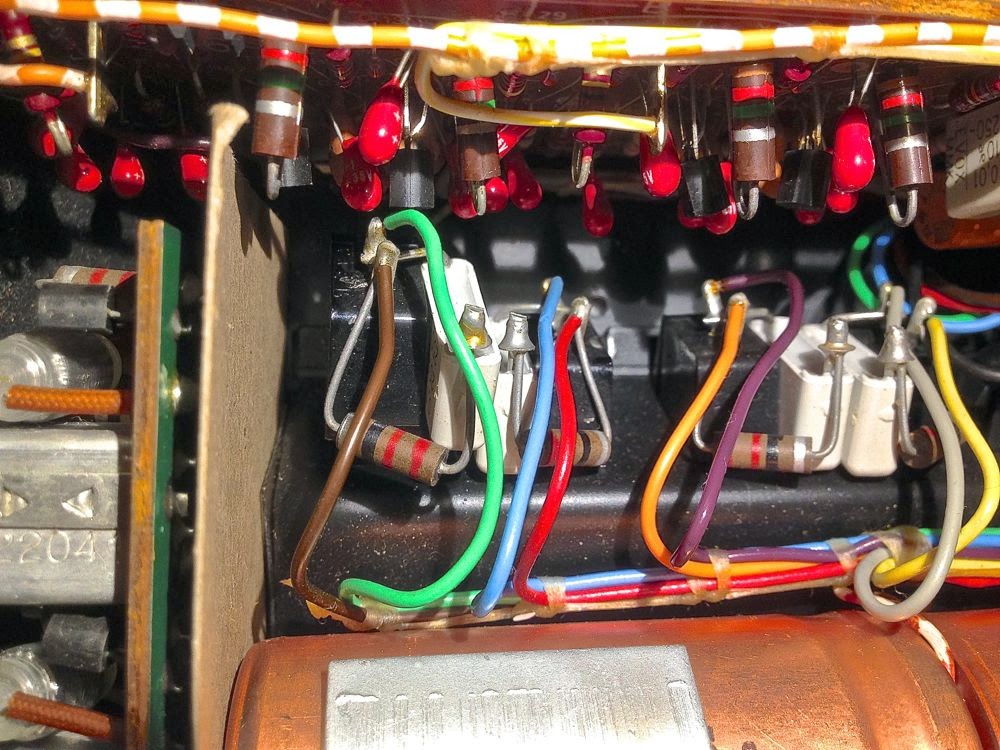 The exchange is not too difficult. I removed the six screws that hold the panel with all the jacks. This allowed me to pull the panel up by a few cm. This made it easier to access the solder tabs of the jacks.
After unsoldering the connections the jacks came out, and I replaced them with the new ones. Here a couple of pics of old and new: These are the old ones: 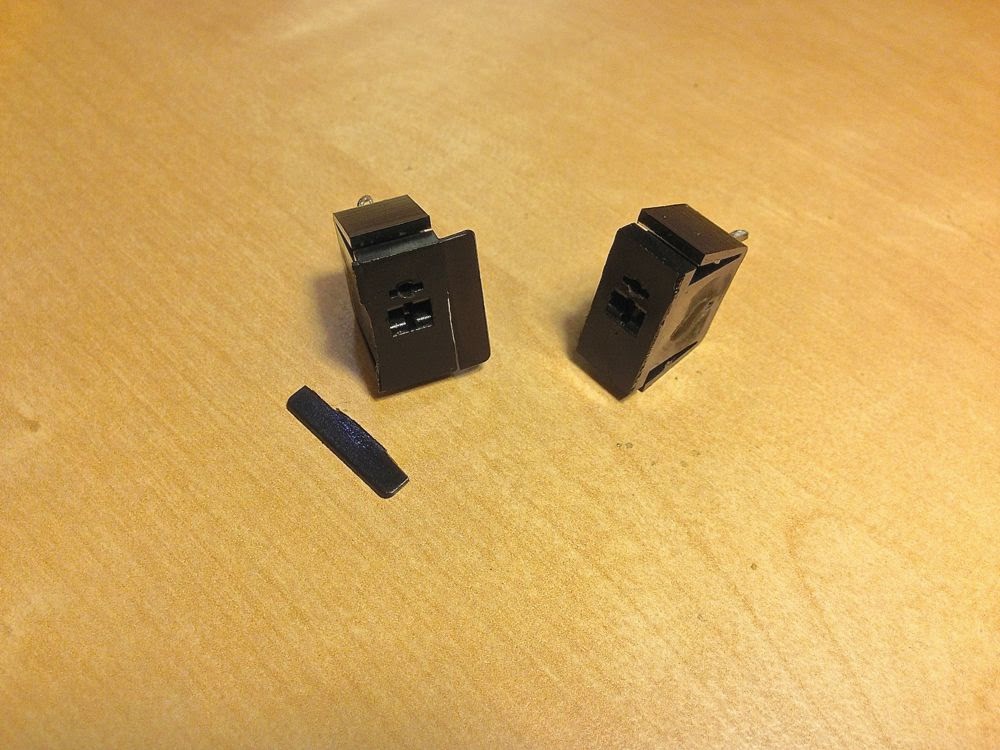 The problem with these jacks is that they originally relied on some degree of stress between the plastic wings and the metal panel to seat them snugly. Over the course of 40 years unfortunately the plastic becomes brittle and the wings break off, which causes the jacks to be pushed into the enclosure when plugging in a plug. Anyway, here the replacements: 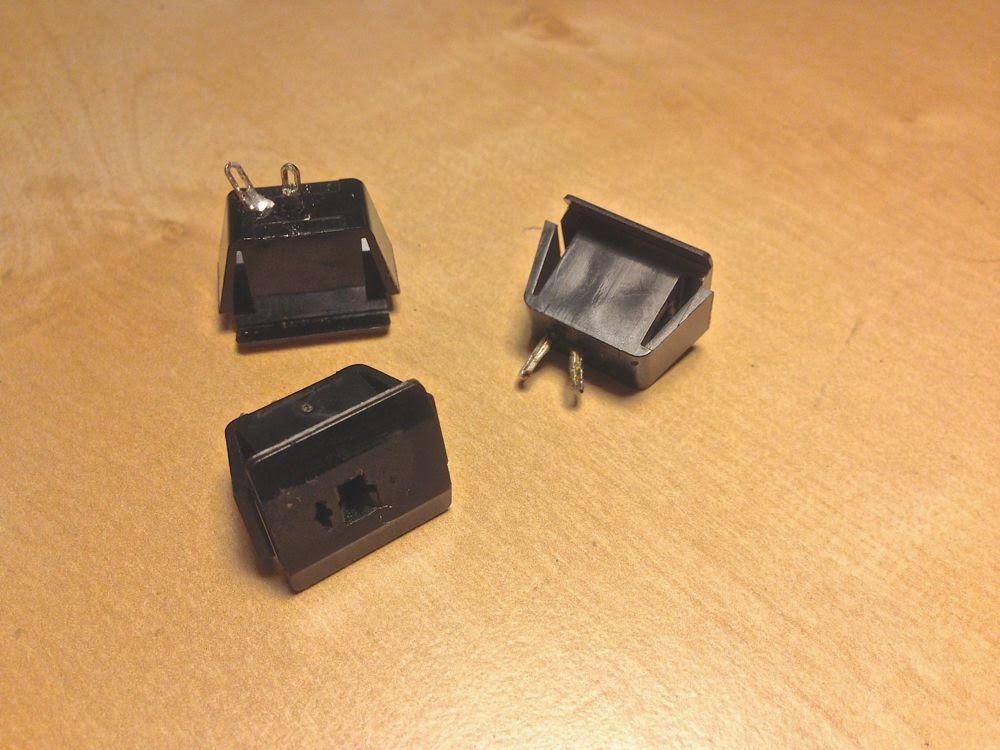 Beautiful! Here is a pic after inserting them into the slots: And after attaching the filters and leads: 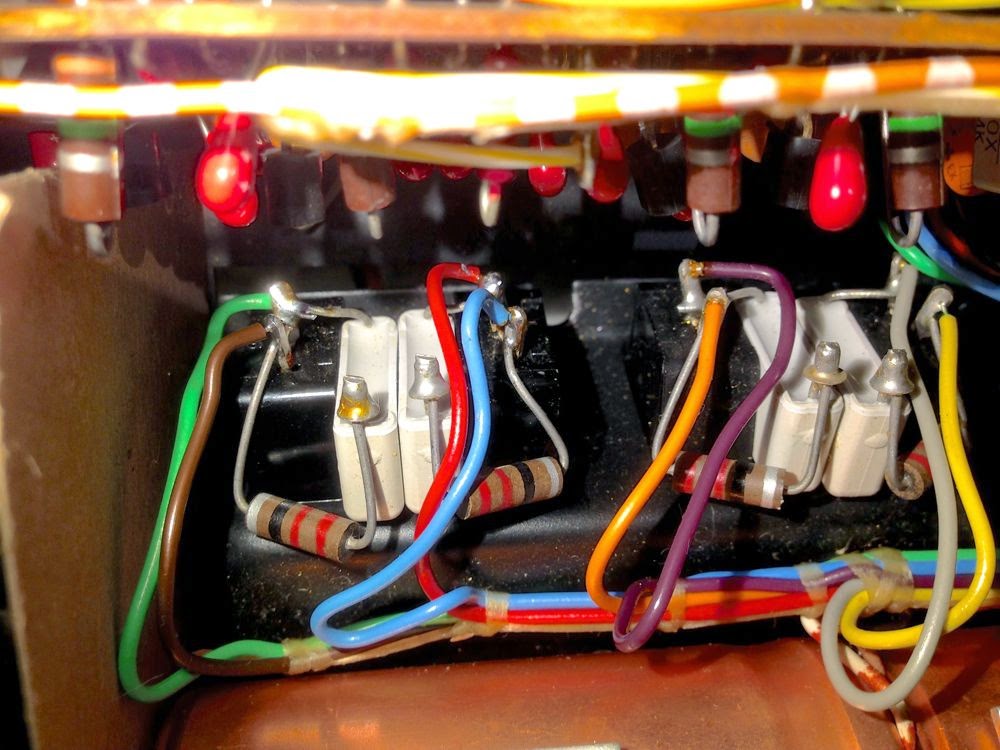 After this procedure I plugged in speakers, and lo and behold the front channels also seem to work!!
This is good news. It appears I really may not have to take the entire thing apart for now!