After refurbing the TP8 display of my Beomaster 6000 I had another idea how to adjust the brightness of the new LEDs to the dim glow of the old ones. I did not like the 'halo' around the assembled displays coming from the small crack between the aperture plate and the PCB of the displays. Furthermore, the new (brighter) LEDs actually created quite a bit of light intensity behind the displays through the PCB. This caused a slight glow behind the displays even with the black cover 'bezel' mounted on top of the displays. I remembered that I had some "Safmat" laser printable foil. This foil is very thin and flexible, much more so than a standard transparency. It is also adhesive.

The idea was to put the grey filter right on top of the LEDs and not on top of the aperture plate. I printed one for the foils with the same "75% black" that I used for the transparency based filter (see last blog entry). Then I cut a strip a bit wider than the PCB, and of about twice the length and adhered it to the display: 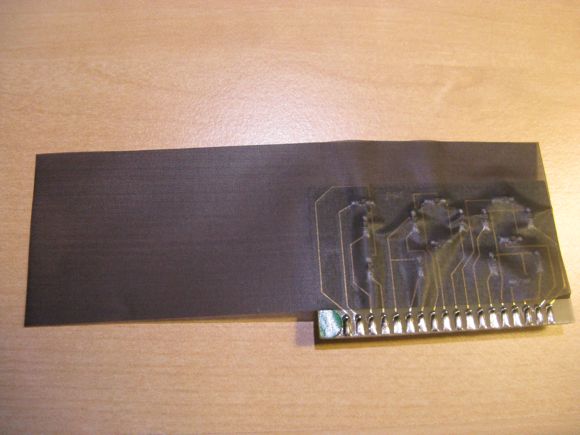 Then I cut Safmat foil and wrapped it around the back: 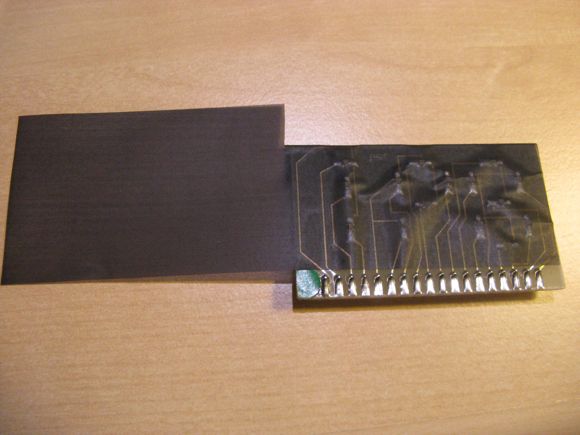 Now I wrapped the remaining part also around the back: 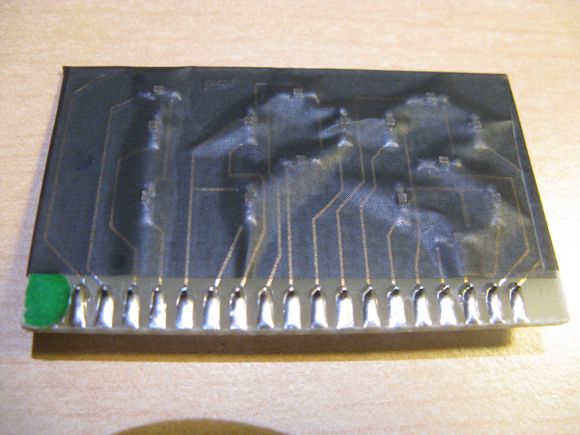 Then I poked holes into the Safmat film where the mask and red filter positioning pins needed to be inserted into the PCB. These holes were small, with the idea being that the remaining material in the holes would help hold the mask and filter in place with a press fit. This worked fairly well, but I also secured the red filter with Scotch adhesive tape on three sides. This seems to do the job quite well. I did not want to use epoxy or similar since I wanted to be able to take things apart in the future if need be...here is the result: 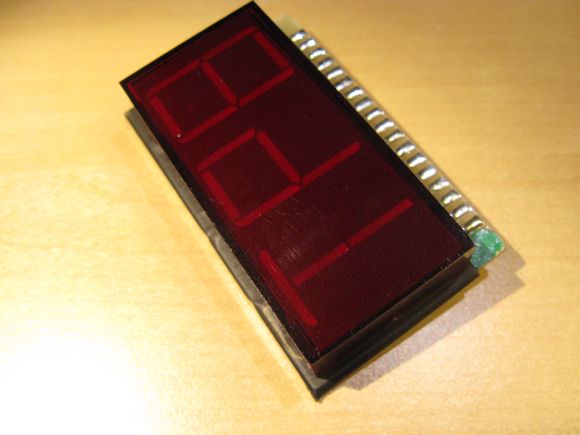 Note that with the Safmat approach the segments are visible as they were before, even if the display is off...The transparency filter on top of the mask obscured the segments, i.e. the displays were not visible without illumination. Maybe that is more perfect, but certainly not original. Here is the display fired up: 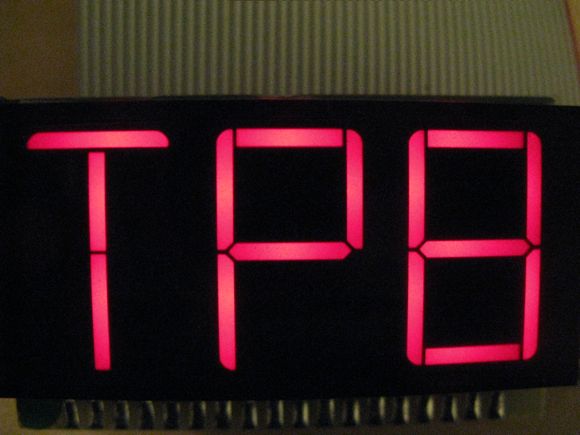 Quite nice! the intensity is very close to the original LEDs. No crosstalk around the segments either-another advantage of the Safmat filter approach, since it covers the LEDs on all sides, i.e. they cannot shine light into adjacent segments.
Here is a pic of the installed TP8 display (sorry for the jitter-the camera was a bit slow due to the low light level). Note the halo around the frequency display-it still has the "transparency based filter" on top of the mask instead of the Safmat filter. The TP8 display in contrast is completely dark around except for the segments. 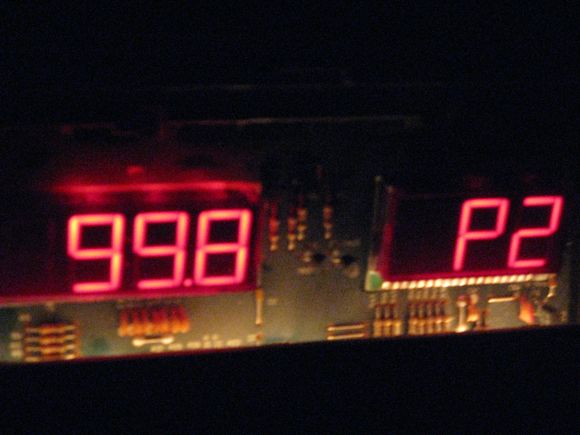 A note with regard to installing the cover bezel: The displays need to fit perfectly into the black clamps of the bezel. It took me a few approaches to get the angle and orientation of the displays right. After this experience it dawned on me that the better way would have been to just tack the displays on on the left and right most pins. Then adjust the angle and position as good as possible according to the marks that were hopefully made before taking them out. Now put in the bezel, and see if the displays fit in there. If not, adjust them by heating the two solder joints and moving the display into a better position while the solder is soft. Once the bezel fits smoothly, solder the remaining pins into place.
Posted by beolover at 12:30 AM