****note: This post is 'historic'...Please, visit this page for my latest display repair procedure: http://beolover.blogspot.com/2012/09/beomaster-8000-display-repair-hopefully.html****


I am glad to report that I was able to replace all LEDs in the frequency display of my Beomaster 6000, which also had a dead segment. I decided to give my Beomaster 8000 some rest, and try my skills first at the BM 6000, which is, I have to say, not as dear to my heart than the 8000. This pic shows the display with missing digit 2e: 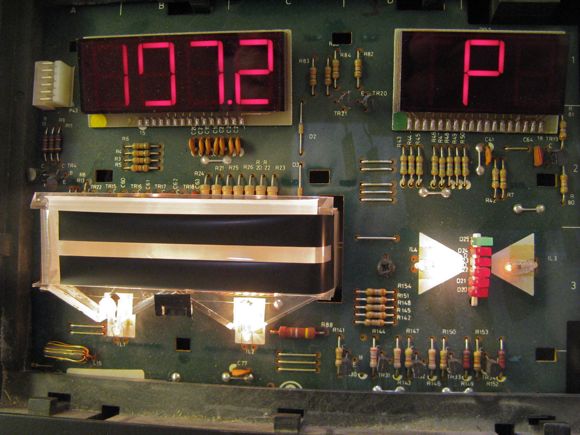 Here is the display in disassembled state (just cut the red and white circles on the backside of the display with a razor blade. Be careful to not destroy the traces on the PCB when you do this! 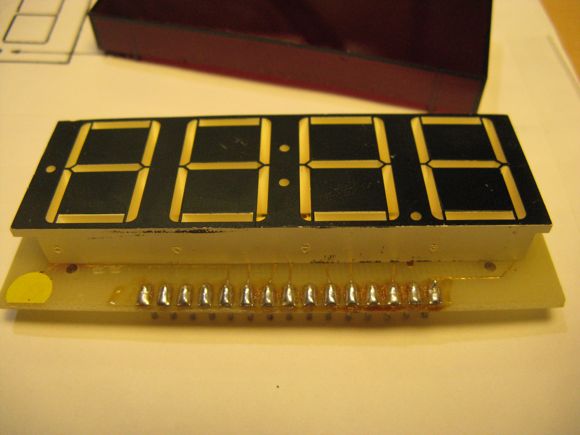 This pic shows the red diffusor removed. The next picture shows the board without the aperture: 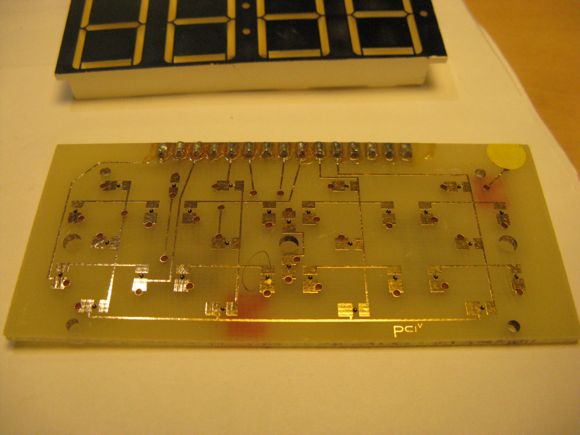 This pic shows the old LEDs as close as I was able to go with my camera: 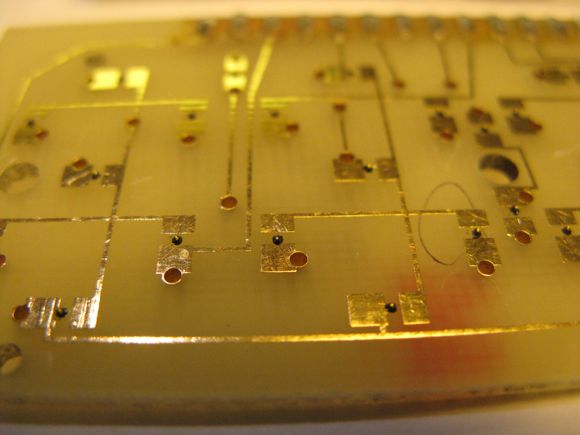 I ordered some 14 mcd SMD LEDs from Newark.com (Lumex SML-LX0603IW-TR). These LEDs have a turn on voltage of 2V and run 20mA. With a razor blade I scraped the dead LED from its pad on the 2e location. Then I soldered one of the new LEDs in that location. This was surprisingly easy: I put some solder paste on one of the pads with a tooth pick. Then I held the LED with precision tweezers in the right location and touched the pad briefly with the soldering iron tip (which was at only 200C - I used the low temperature paste). Then I put some paste on the other side and touched the pad again. This was it. This picture shows the display with this LED inserted under standard operation condition inside the Beomaster 6000: 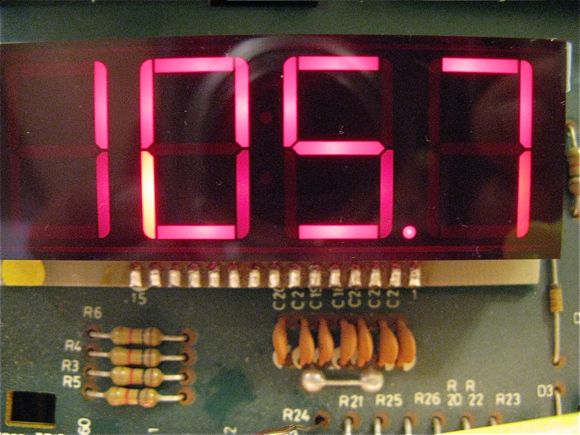 Works, but is way too bright...not satisfactory! I ordered some more LEDs with 9 mcd and 2.8 mcd output. I replaced some of the other LEDs with one of each of them - unfortunately pretty much the same result. It turns out that the 2.8 mcd LED was the brightest due to its lower turn on voltage of 1.8 V...It seems the old LEDs have a higher turn on voltage than all of the new ones. The next step was to try to change the resistors. Indeed the 14 mcd LED had a similar brightness after adding a 220R resistor in series with the already present 68R resistor for the e digits. I chose to not remove the old resistor since its second lead is soldered right underneath the volume indicator plastic foil, which is quite flimsy. I did not want another disaster to happen. It is probably difficult to replace the volume indicator...Here is the pic with the 220R resistor in place: 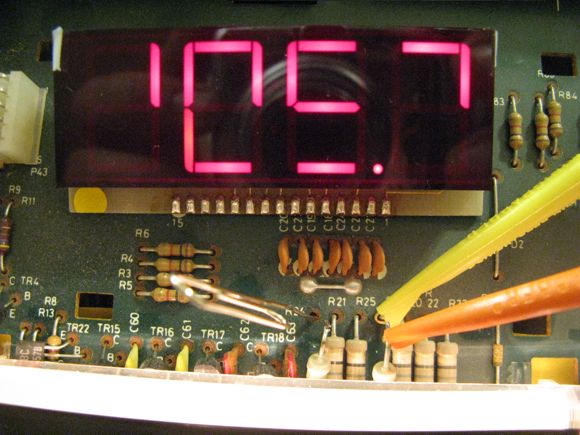 In case you wondered: The paper clip at R24 is in there to play with the other segments in digit 3 and 4 with the lesser mcd LEDs inserted at the c locations...these are off in this picture since no resistor is connected.
I decided to go ahead and replace all of the LEDs with 14 mcd ones. Here is the display board with the new LEDs: 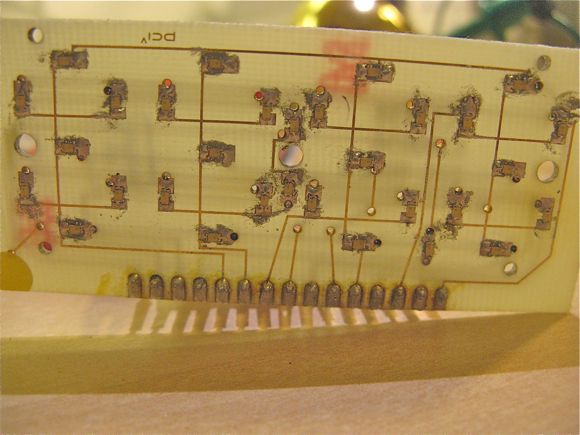 I made a custom connector for the pins of the display board with some female header pins to run all the LEDs for 12 hrs at full output to test if they made it o.k. through the soldering process (three died right when I soldered them, but at that point I still used 280C-after lowering to 200C none died anymore). Here is a pic of the display under full output at 2V...A beautiful sight!: 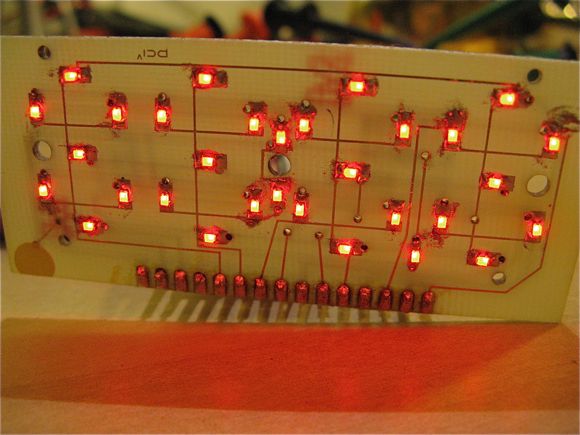 Let's see if they will still be running tomorrow...