It took me a while to get back to my Beomaster 6000 displays. I was still not happy with the safmat filter. The brightness was not perfect. Also due to the laser printer resolution, the intensity distribution was not the same as before. The reason, it appears, is that the filter so created is not homogeneous, but rather black spots surrounded by fully transparent areas. This seems to result in a noticeably brighter center in each display segment than in the original ones. this may also have to do with the potentially more directed emission angle of the modern SMDs...
It occurred to me that I needed a color-neutral filter that is homogeneous on a as thin as possible foil. Some hard thinking yielded the idea to use automotive window tint. This material is completely homogeneous, and, a great plus, it is available in a variety of absorption coefficients. I bought a roll of "WINDOW TINTING FILM 50%" on ebay from a seller named "jollefemme" (after testing some darker tints from a local shop which did not do it for me), and it turned out that this worked perfectly. The additional benefit is that this material is also thinner than the safmat foils, i.e. fits more snugly on the LEDs.
To kill the light coming through the back of the PCB I put a sheet of 95% tint on the back. The pics show the difference between front and back filters: 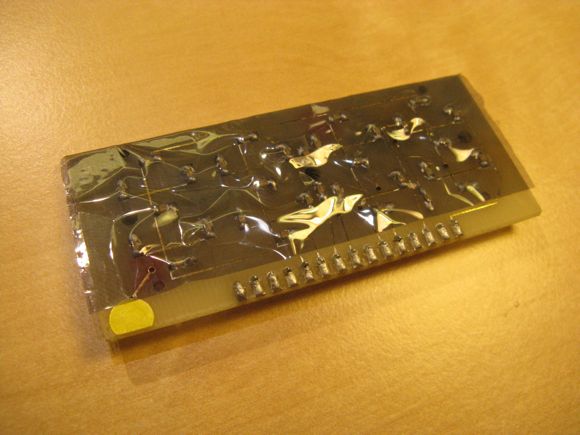 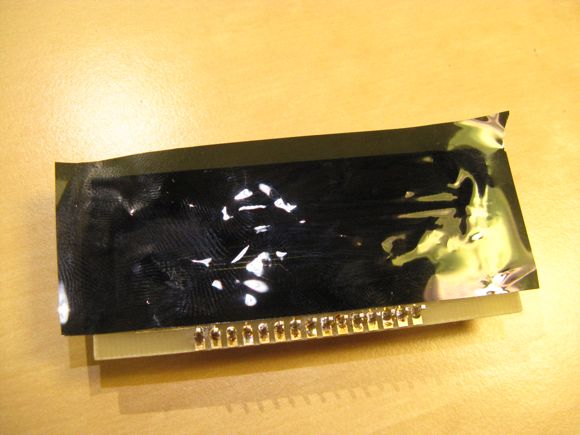 I also changed the re-assembly method to minimize the light that would come from the crack between red cover and the PCB. It turns out that the window screen film is soft and pliable enough, that a few days of pressure applied with a couple of carpenter clamps practically eliminated the cracks altogether, creating a situation nearly as good as the original. Here a pic of the clamped display (I put it between two flat surfaces to avoid damage to the surfaces): 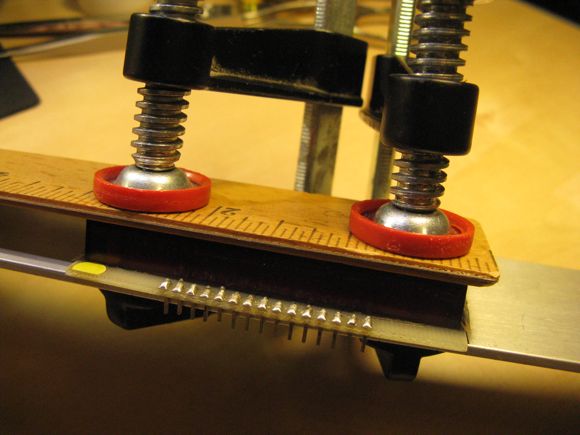 After a few days I took the clamps off, and secured the red cover in place with some Scotch tape around the non-contact sides. This worked very well.
After installation, I was hardly able to see a brightness difference between by still original Beomaster 8000 displays and the refurbished 6000 ones. Finally done! On to the 8000 displays...;-).
Posted by beolover at 6:14 PM