It has been a while...I finally had some time to take on the display of my first  Beomaster 8000. Some segments were out and this had to be done.
I used the same soldering approach like with my Beomaster 6000 displays. Dry tack per Norman Mier and then a quick soldering at 340C with regular leaded solder after dousing the tacked LEDs (I used again the LUMEX SML-LX0603IW-TR model with 14 MCD) with no-residue liquid flux (Kester #951). The most significant difference to the BM6000 experience is that one has to take out the entire 3-display bar at once. This is not possible without using of a professional desoldering pump (I use a Hakko 808). Serious damage to the fragile boards could occur if one tried to do this with de-solder braid or a spring loaded pump.

The volume, program selector and frequency displays are very similar to the Beomaster 6000 displays. This picture shows them after repair during the test run. A test run is highly recommended. In fact, it is a good idea to run them without the diffusors on and test them for mechanical stability. I did this with a toothpick. I pushed them relatively hard on all four sides. Indeed a couple of the 54 LEDs flickered during this test and had to be replaced. It appeared that these two were damaged during the soldering process (the plastic cap wiggled on the metal base - I guess they got a bit too hot).

Another thing I did different was that I did not use the brightness-reducing window tint foils to adjust their luminance to the original spec. I rather modified the display board enabling a proper reduction of their current to achieve the right intensity. More about that later. 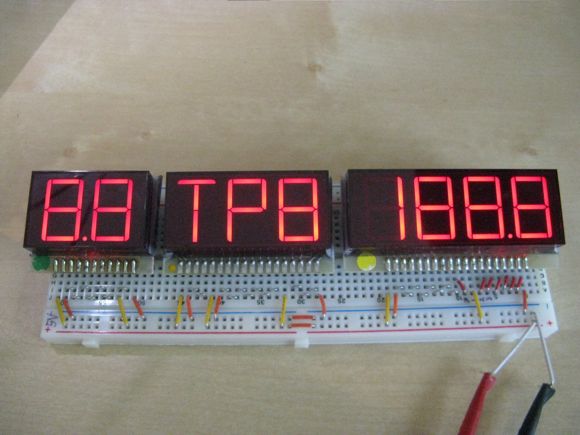 The balance display is differently constructed. The tracks are much thinner and there is less space for the new LEDs. This means that one needs to be pretty accurate with the positioning of the new LEDs to avoid having to significantly Dremel the bezels out to make room for misplaced SMD LEDs. This picture shows the balance display after disassembly with the original LEDs. 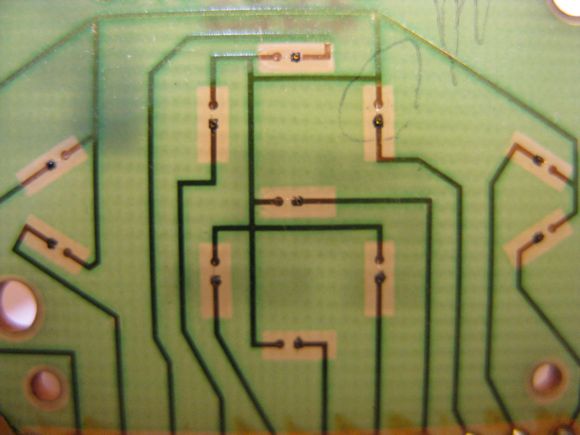 These two pics show the display after repair: 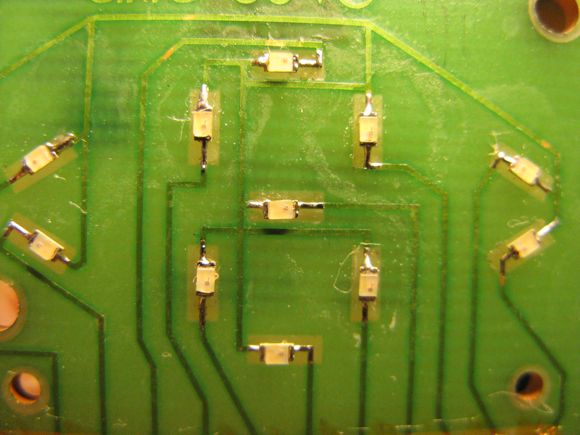 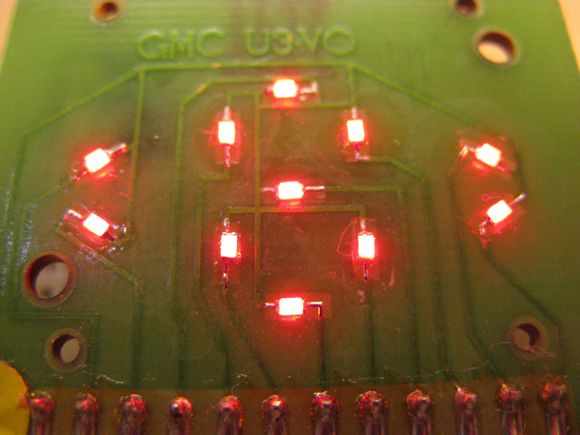 And here the final result after adjusting the brightness. I will report about this process in the next posting. 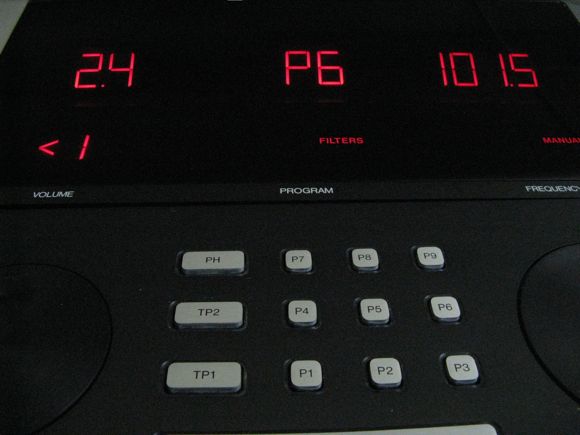