Time for the Beomaster 8000 speaker switches while the heat sink cover is off. Another 'standard rebuilding task'. These switches are corroded in most 8000 units, and when used consistently will fail soon. I often switch between headphone and normal speaker operation, and these switches failed in all three of my personal 8000s after a few dozens switchings. Hence, they must go. Luckily, there are almost identically looking modern encapsulated replacements available. See here for more details on part numbers etc...:

I used pretty much the same procedure in the current restoration project, except that I directly drilled holes into the base plates, instead of messing with the Dremel tool...can't beat experience! Here are some pics: 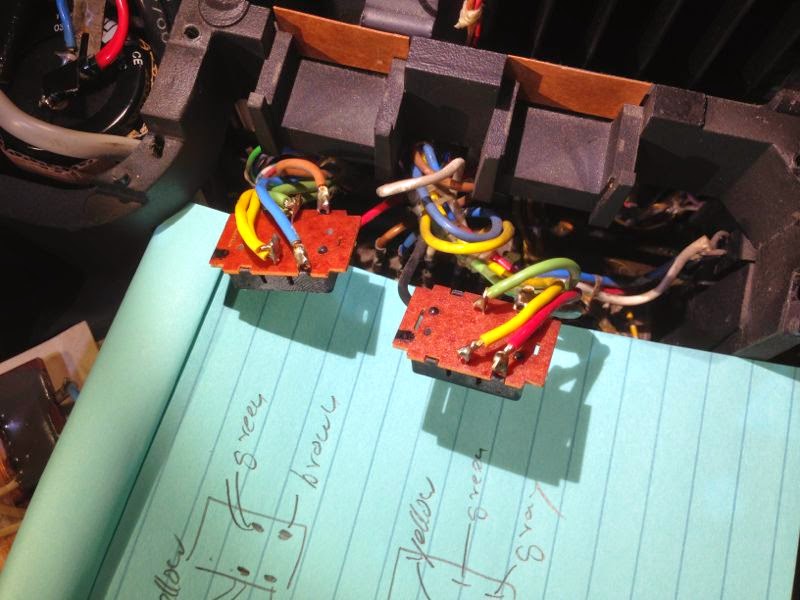 After I removed the bottom plates from the old switches and drilled holes into them to permit the pins of the new switches to protrude: 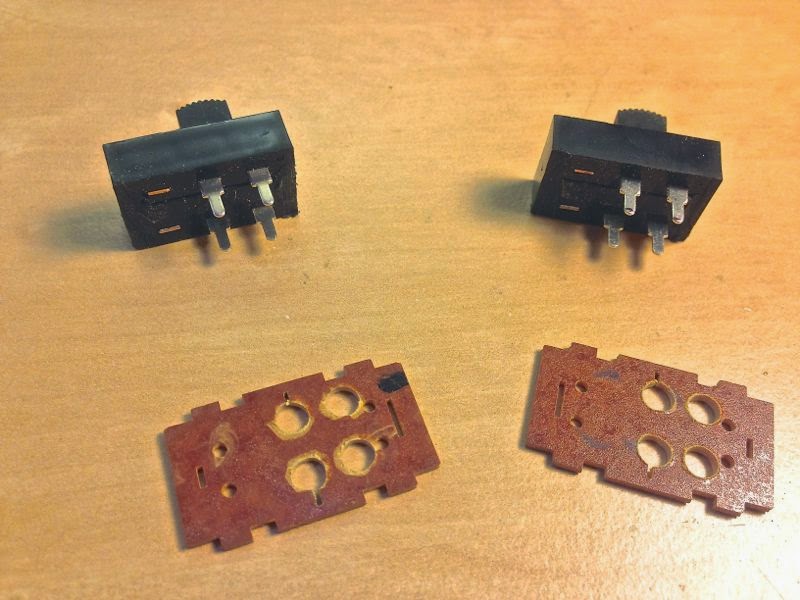 After glueing them together. This establishes the original form factor that they fit into their compartments: 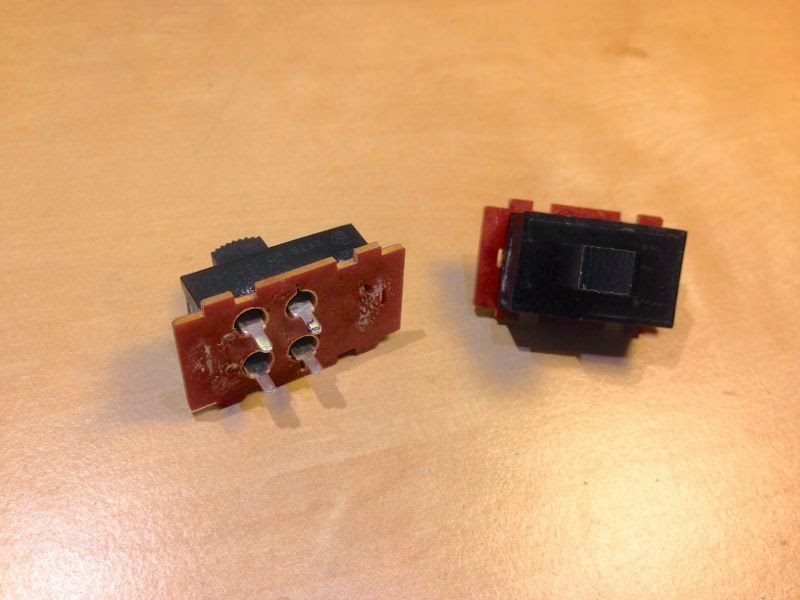 After soldering them in: 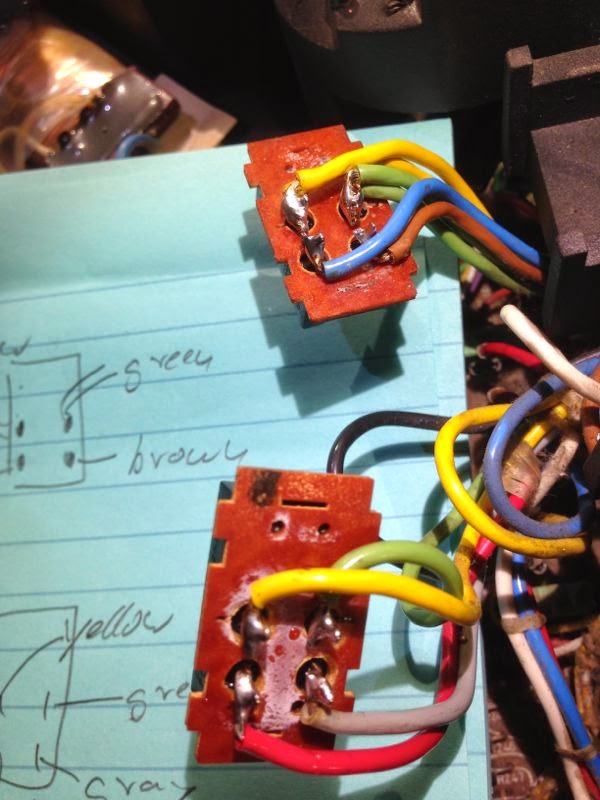 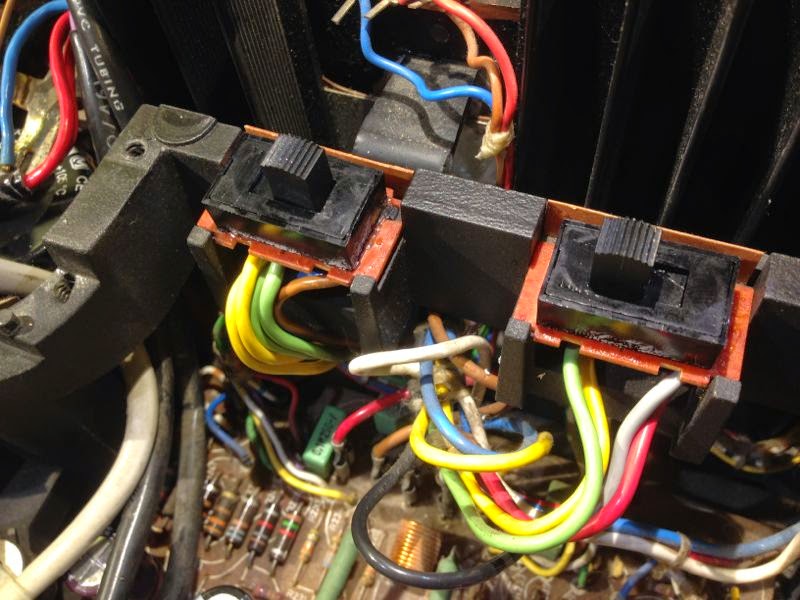 The control panel is next! Slightly dicey affair due to the often cracked plastic receptacles for the screws, and the buttons and sliders that need to be refitted in their proper places during re-assembly. I always wish I had four hands to do that!