Beomaster 8000: Recapping the Caps on the Processor Board (PCB #9) and Via Bypasses

Interesting! When I opened the shield around the processors on PCB #9 of the Beomaster 8000 I am currently restoring, I found this: 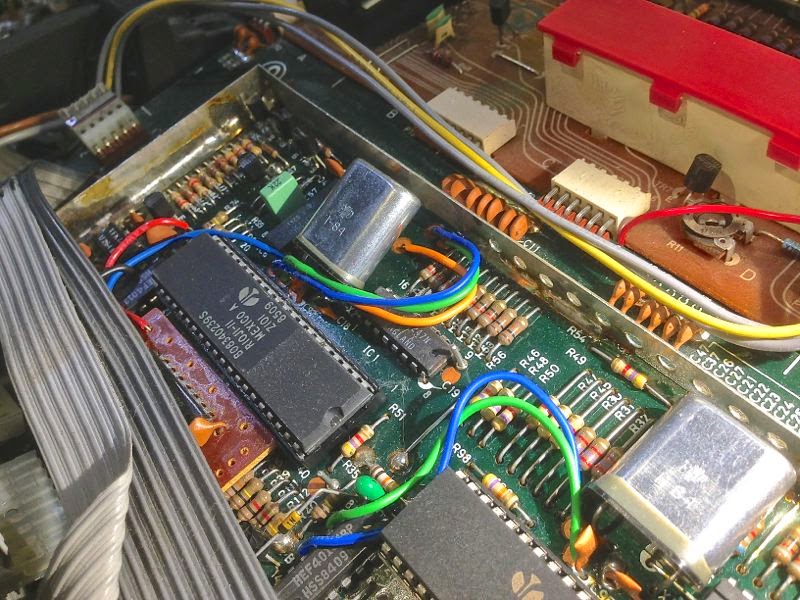 Note the green, blue and orange jumpers. They bridge traces that had vias in them on older versions of this board. These vias were not through plated but soldered in instead on those boards and prone to generate open circuits as the solder joints aged. A well-working remedy is to simply re-soldering them. However, I looked into my Bang and Olufsen Service Bulletins folder for the respective bulletin, which actually recommends to bridge them directly between the solder points at the ends of the respective traces. Here it is: 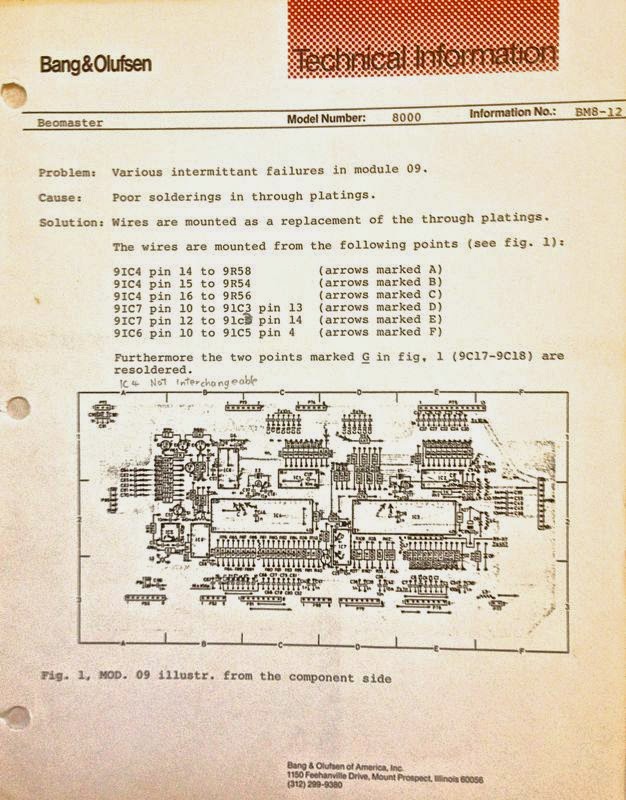 Anyway, this allowed me to directly move on to replacing the two decoupling capacitors on this board. Here is a shot of the board after replacing them: 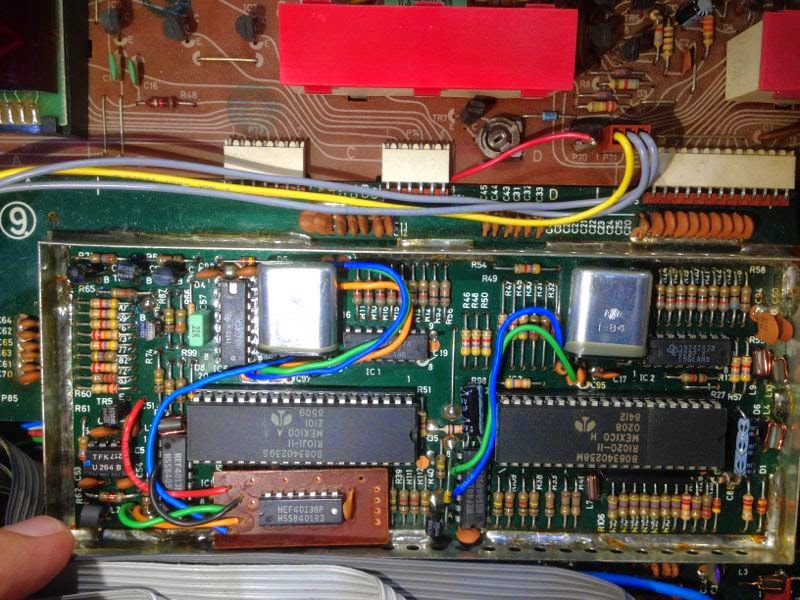 Next steps are the main reservoir caps and the speaker switches.