Beolover will spend a long summer in Southern Germany this year!

While enjoying 'The Eurolife', Beolover will also set up a workbench and do some beoloving (vacations can be a bit boring!...;-). While my main focus will be development work, I am also accepting two Beogram 400x restoration projects. Start: Mid-June. Send an email to beolover@gmail.com if you are interested.

A while back a local, kind of...same state, :-) owner dropped off a nice Beogram 8000 for restoration.

It looks worse than it really is. 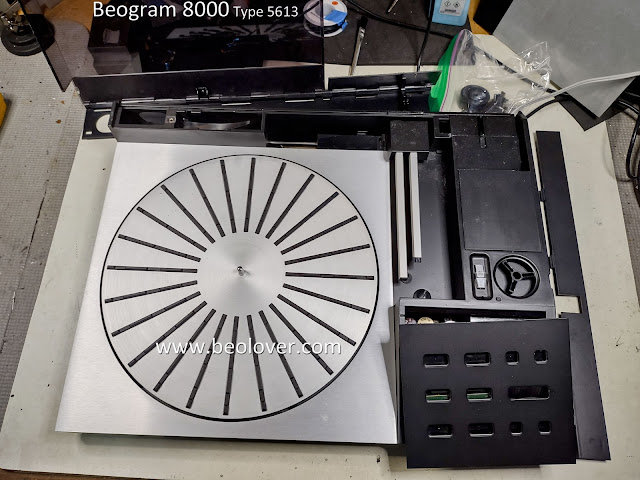 Some parts were in a plastic bag.  The metal deck lids were detached.  The keypad keys had fallen out. 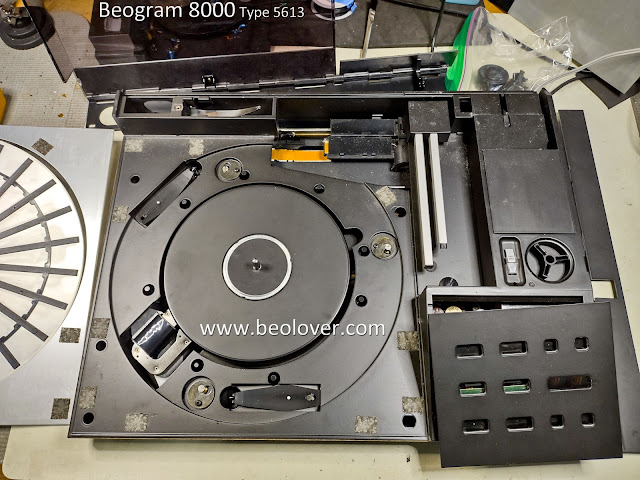 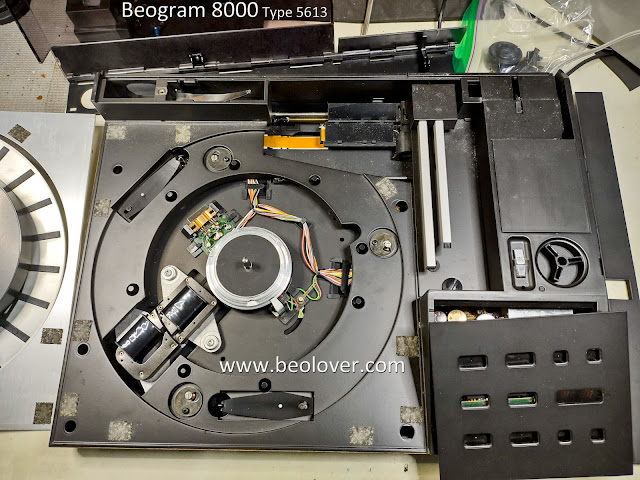 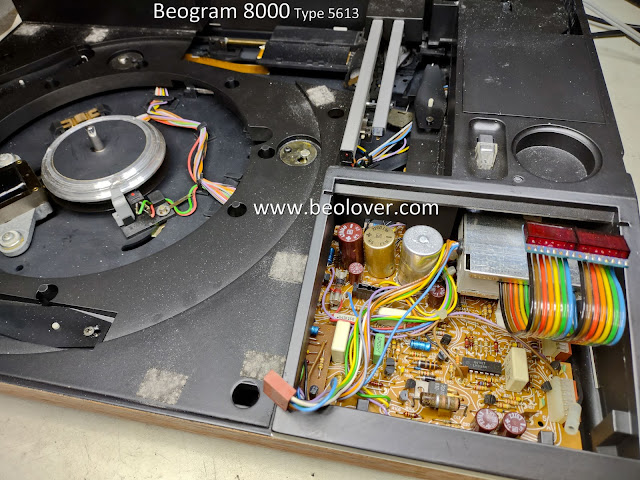 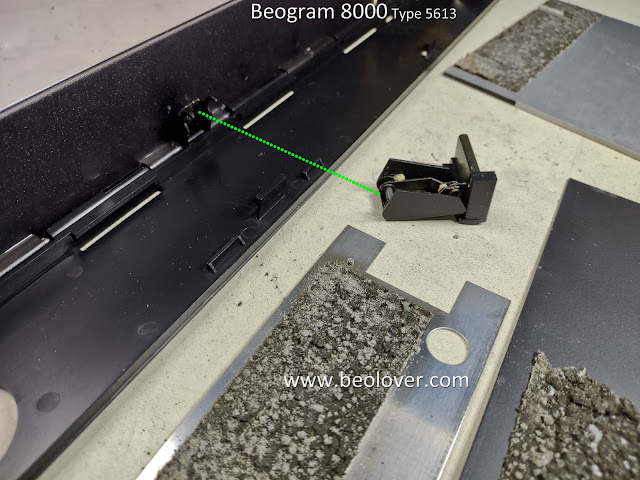 Inside, the circuit boards look original and untouched. The keypad frame is missing most of the plastic tabs that hold the keypad PCB to the frame.  I will have to find a replacement frame for that. 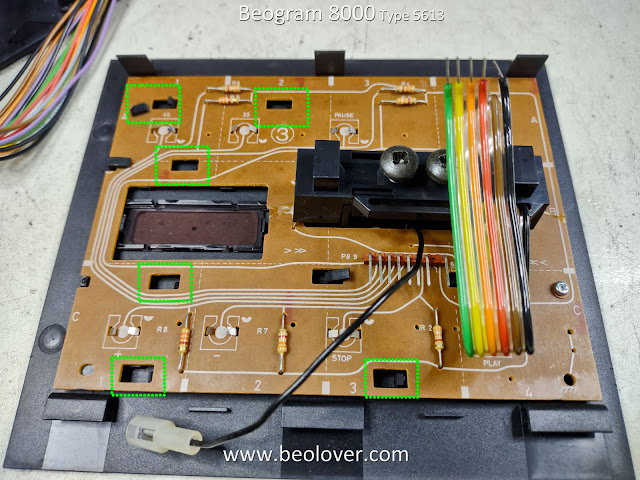 Surprisingly, the original tachodisc is in place and is not showing any signs of deterioration.
Usually the plastic tachodisc has a peeling decal. 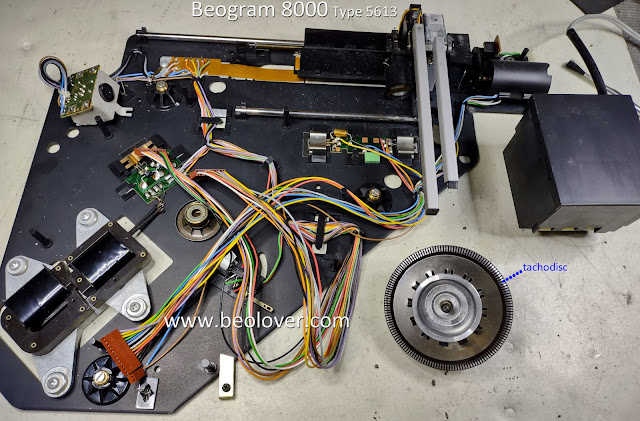 The main PCB and microcomputer board PCB are early serial number boards.  They look to be in good shape. 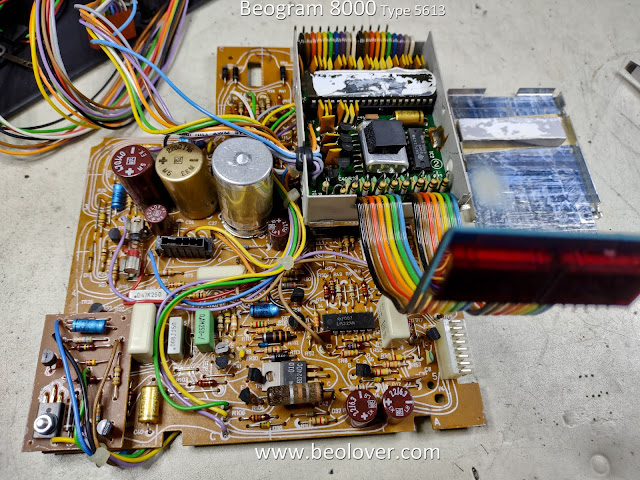 I will do the initial restoration with this original configuration then see if anything further will be done regarding the later circuit mods that B&O prescribed.
Posted by sonavoraudio at 6:30 AM