Today I had to take a break from restoring B&Os...the blower motor in my 2004 Crown Vic started behaving erratically, and poor A/C in summer in Florida is not an option. So I had to take a look. The car has an "EATC" unit (maybe "Electronic Automatic Temperature Control" -  not sure) which means one can set the desired temperature, and it will then adjust air temperature and blower speed automatically. At some point it started huffing and puffing, i.e. the blower motor would change its speed erratically. I found an interesting post at crownvic.net (http://www.crownvic.net/ubbthreads/ubbthreads.php?ubb=showflat&Number=1811924) where this topic is discussed with the usual mix of comments from pros and inexperienced hobbyists. But there is enough  information to learn that the most likely culprit is a weak solder joint in the blower control module, which is mounted in the air intake of the A/C system near the firewall. The above post has some confusion about how to take this module out, which is the reason I am posting this today.
It turned out that it is not very difficult despite the comments on vic.net. Anyway, here are my pictures of the process:

The module is below this hose spaghetti, i.e. they need to be removed 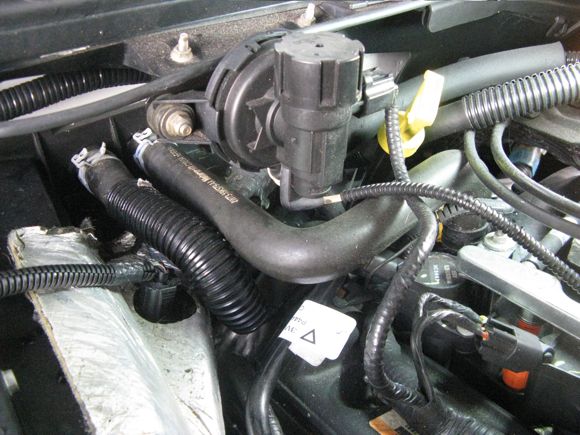 After removing: The blower control module is the black unit with the orange tag in the center of the photo. Two screws hold it to the A/C box. 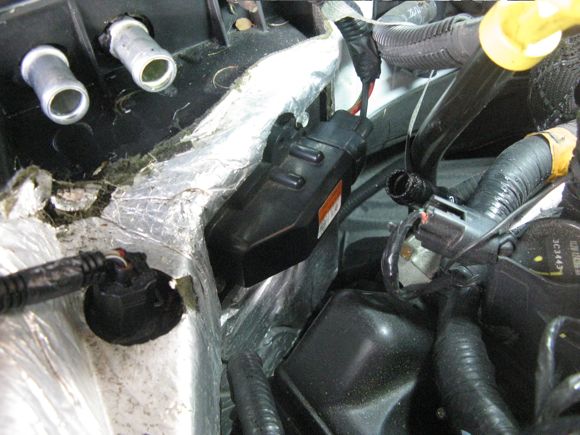 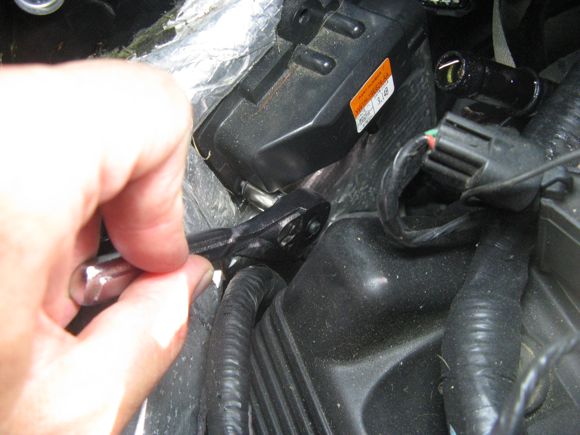 Module after removal. The two screws that hold it to the plastic enclosure need to be removed to get the board out: 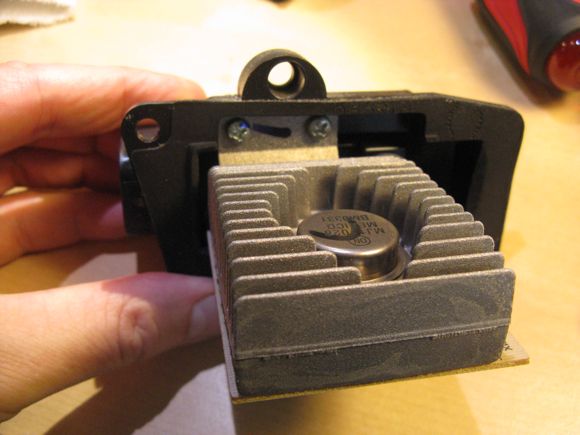 Board w/o plastic enclosure: 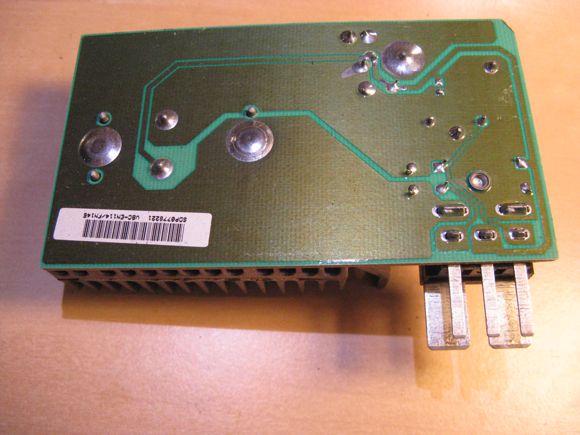 What needs to be resoldered are the five pins of the connector assembly. As prediced in the vic.net posts the contact to the left large connector pin was intermittent. I was able to see this on the multimeter when wiggling the contact. The other 4 were o.k. I resoldered all 5 of them for good measure. Here is a pic of the contacts.
It was difficult to do this since the board seems to be coated with some kind of protective film, which messed the solder flow up. But I think it did the job. After reinstallation everything seemed to work fine. 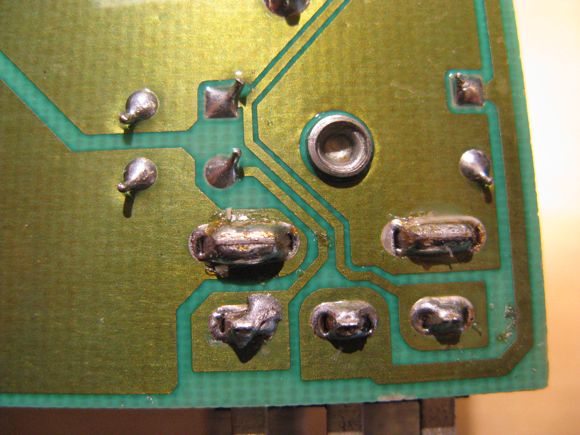