My Beomaster 8000 was on the work bench again! The manual tuning indicator stopped working. Of course this is not acceptable! Upon opening it up a quick test determines that the bulb (L2) burned out. Here is a pic of the bulb and housing: 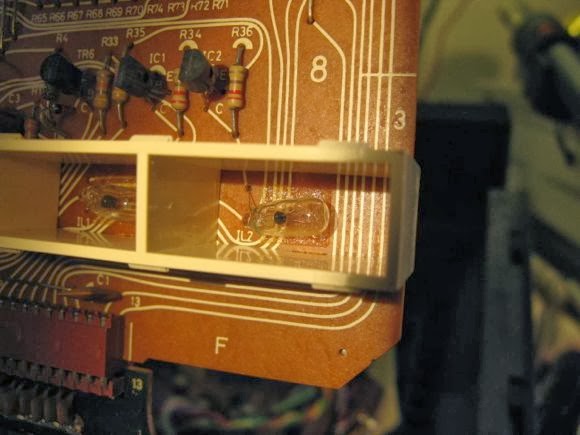 Of course I did not have the prescribed 6V 80mA bulb...I also like the idea of using LEDs for their much better lifetime and cooler operation etc...So I decided to replace the bulb with a LED. Well, what should have been a 30 min operation turned into a 3hrs experiment. First I put in one red (that is what I had laying around) LED in with a 200 Ohm resistor to set the current at less than 20 mA. This worked, but after putting on the red plastic cover it became clear that the illumination was too directed, and half of the to be illuminated area was darker. O.k. I took the LED back out and replaced it with two red ones in series and a 8.6 Ohm resistor to limit the current. This worked much better: 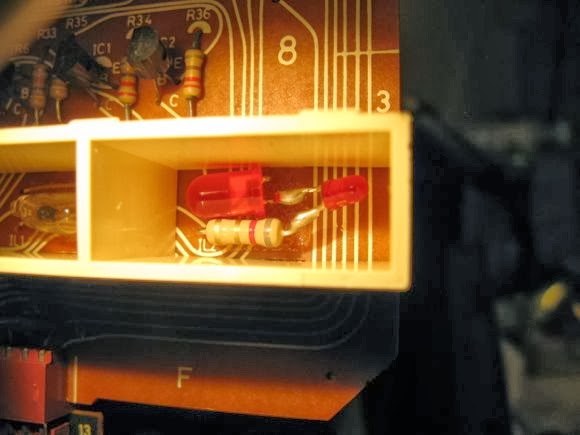 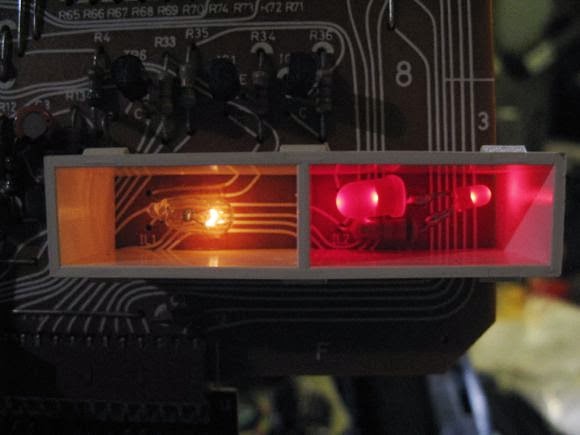 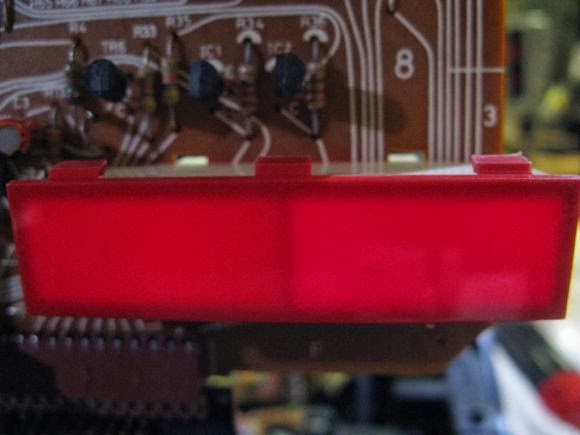 So far so good! Mission accomplished! Or rather not! I put the Beomaster back together, and then plugged it in again for a last test before bringing it back into the living room. Then I realized that the LEDs were still on on a low level after switching from manual to automatic tuning. Previously I only tested the LEDs by turning the Beomaster on and off, which worked fine. But just switching to automatic tuning while on did not completely turn off the LEDs!! Annoying! Why? Well, a look into the circuit diagram shows that there is a 220 Ohm resistor (R36) from the collector of the IC2 Darlington to ground, which will generate a weak current through the lamp even if the Darlington is off: 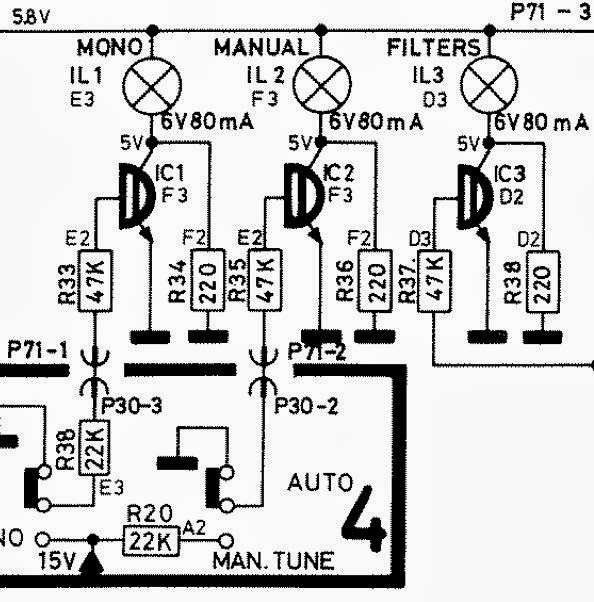 I really wonder why they put the resistor there. The only thing that comes to mind is to 'pre-heat' the bulb a bit to make it turn on faster. Anyway, this resistor still permitted a weak current through the LEDs, enough to turn them on weakly. I removed the resistor, and then everything was fine. Happy Beomaster 8000 again! Here is a pic without resistor: 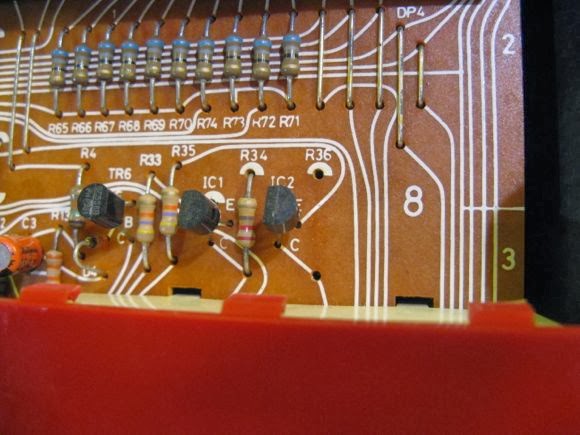